The Young Centre for the Performing Arts (YCPA) is the result of a unique partnership between George Brown College and Soulpepper Theatre Company. Located within Toronto’s 19th century Gooderham & Worts Distillery District, a former industrial site transformed into an arts precinct, the Young Centre occupies two historic tank houses and the space between them. A new wood canopy marks the main entrance. A roof and clerestorey supported by massive Douglas fir timber trusses spans the bearing walls of the tank houses and encloses the space between the tank houses to form the heart of the project – where students, actors and patrons can mingle throughout the day and evening. The plan integrates four theatre spaces of various capacity including a 400-seat flexible courtyard theatre and multivalent studio spaces that can be used for both practice and performance.  The utilitarian material palette is limited to red brick and dark timber, concrete floors and painted walls, both to accommodate a tight budget and to reflect a commitment to drama as an art form that transcends its setting. 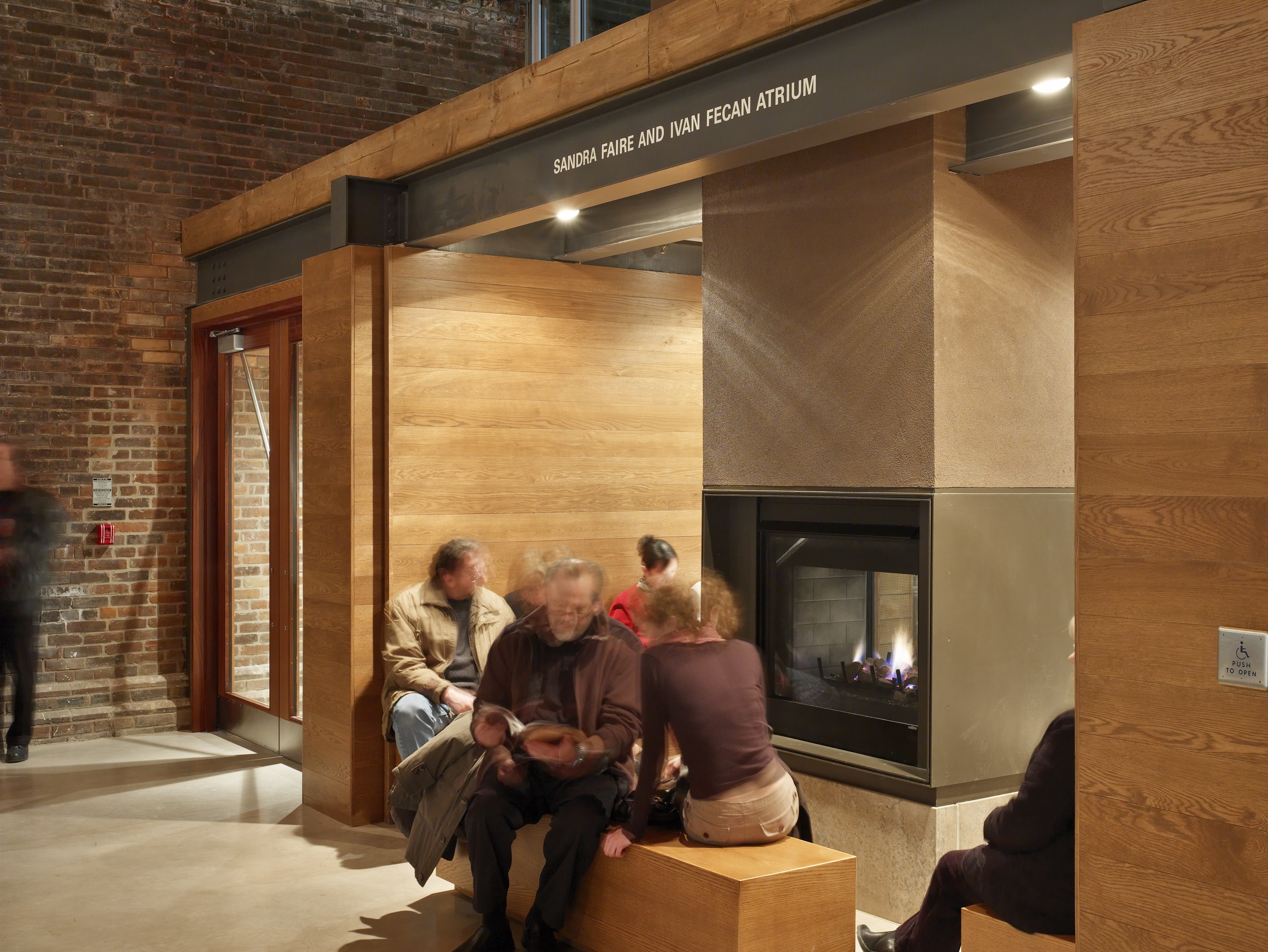 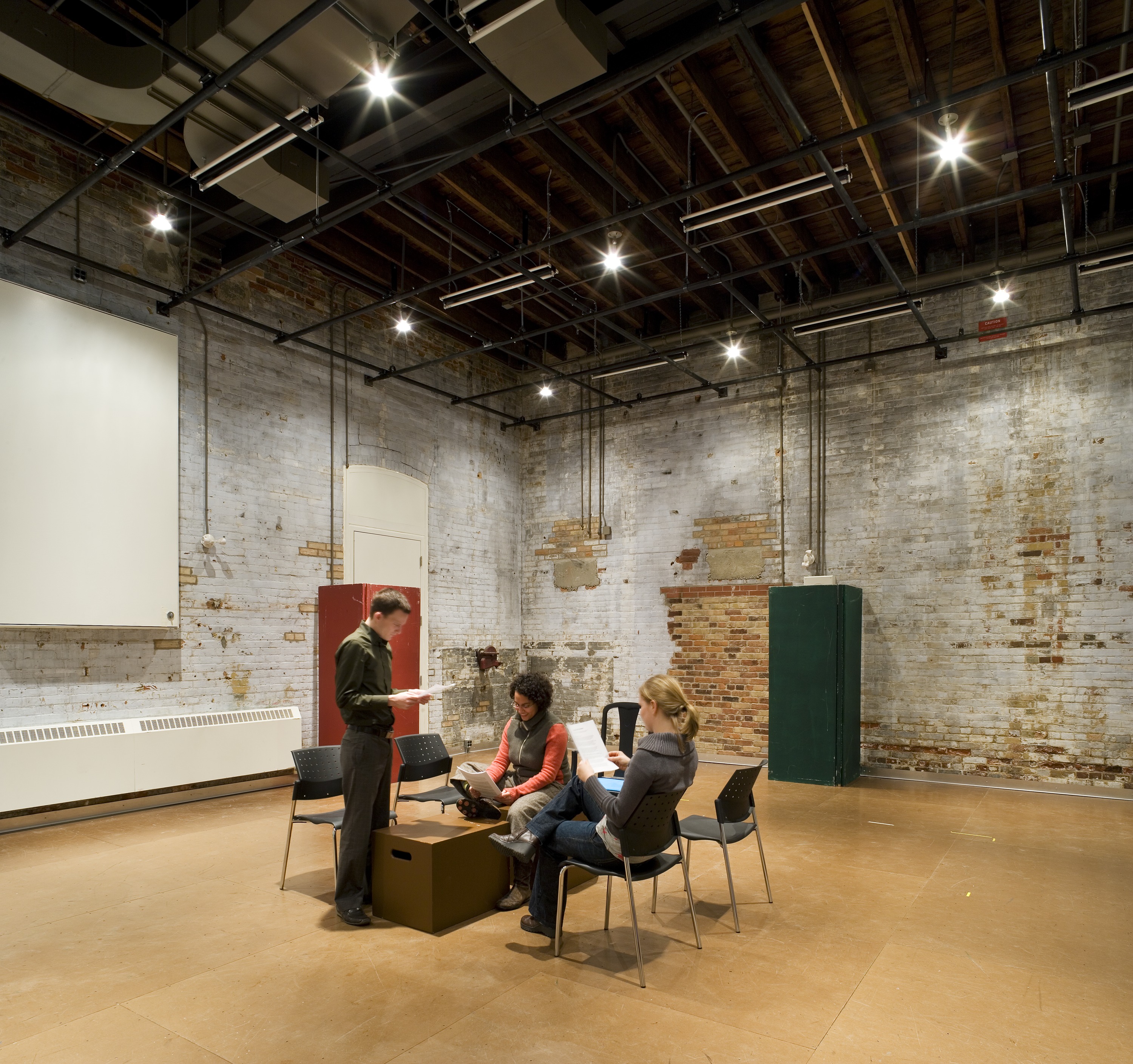