Bloor Street United Church, located at the intersection of Bloor West and Huron streets, involves a major interior and exterior renovation, as well as the redesign of 20,000 s.f. of community and support spaces. This mixed-use project aims to add approximately 40,000 s.f. of leasable space to support the ongoing mission of the Church. It also provides retail, 254 market residential units, and six levels of parking below grade.

The renovated Church includes a new Bloor Street façade with a tracery screen, creating more openness from the sanctuary space to the public realm beyond, bringing southern light into the sanctuary space. A promenade runs along the west façade and passes through the northern portion of the existing church, which respects and engages the existing masonry structure. The massing of this new space is lower than the Church, maintaining the Church’s prominence along Bloor Street.

The commercial and residential program form a podium and a minimal tower set back from the Church. In contrast to the intricate detailing of the church, the tower’s minimal form and detailing complement the existing structure.

The materials are light and warm, and are consistent with the metal tracery employed throughout the renovated façade and interiors of the Bloor Street United Church. Along Huron Street, the residential lobby, and the leasable space above it, present a lively and inviting gesture to the neighbourhood. 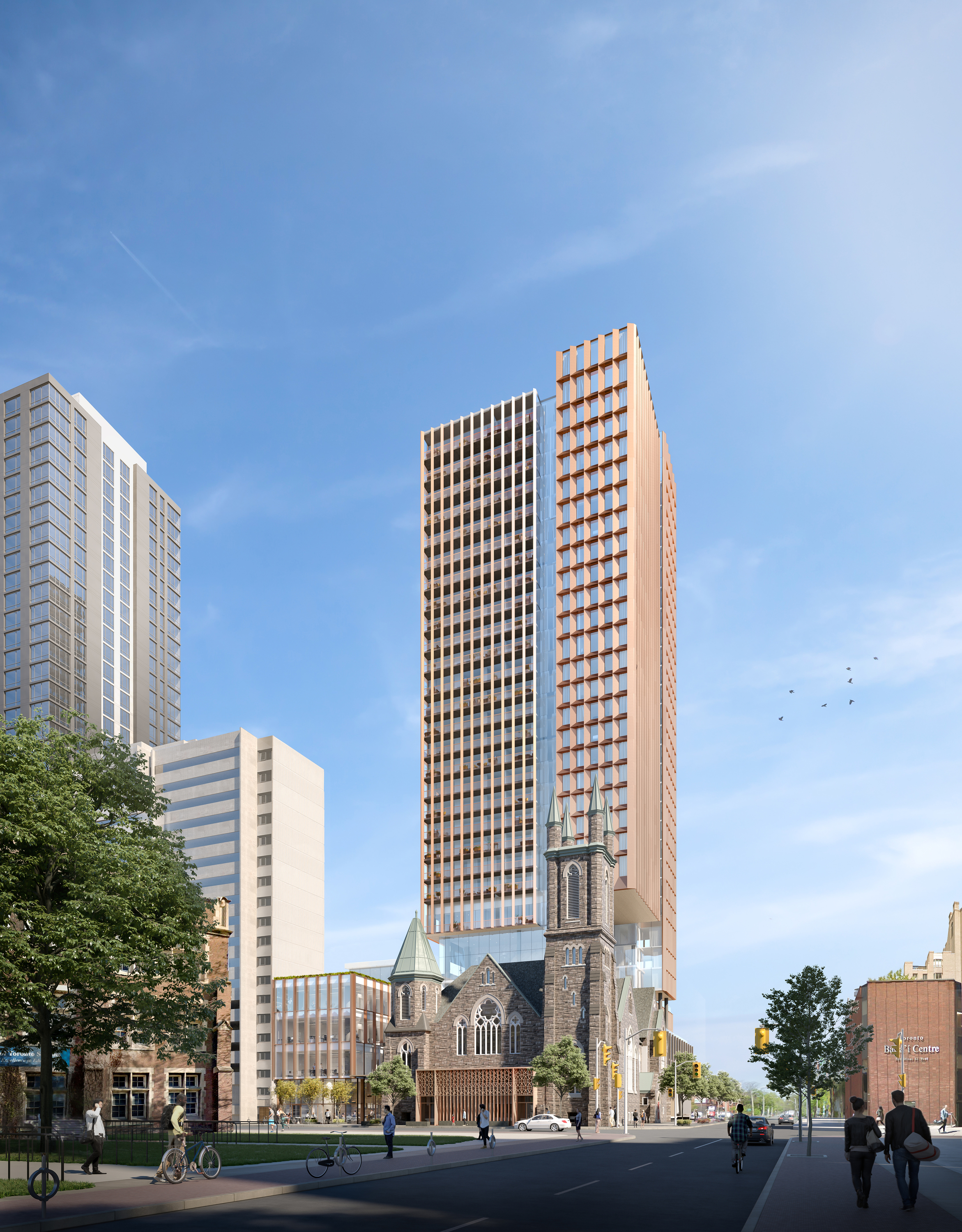