A destination for the art, study, and celebration of film

A City of Film in the City of Film
TIFF is the second largest film festival in the world and the most publicly attended. The Bell Lightbox is the culmination of a long-held dream to create a permanent home for TIFF, and establish it as a global centre for film culture. The large, five-storey flexible loft structure is combined with a 42-storey point tower recalling the MOMA and Carnegie Hall projects in New York. It occupies a full city block at the intersection of the King and John Streets in downtown Toronto’s theatre district and media corridor. The roof of the Bell Lightbox meets the base of the Tower with a monumental stair inspired by the stepped roof of the Villa Malaparte in Capri featured in Jean Luc Godard’s 1963 Contempt.

Visitors arrive at ground level in a three-storey atrium which features a suspended master control booth framed in red zinc, and ascend to cinemas located in the upper third and fourth levels. Levels two and three are animated with ticket booths, retail, café, fine dining, exhibition gallery, and concession stands to invite audiences and visitors to linger throughout the day and well into the evenings, expanding the film viewing experience into a community experience.

Since the Bell Lightbox opened, the annual economic impact on the city has increased from $139 million to $189 million and TIFF has exponentially grown its high-quality programming, audiences, and revenue streams. 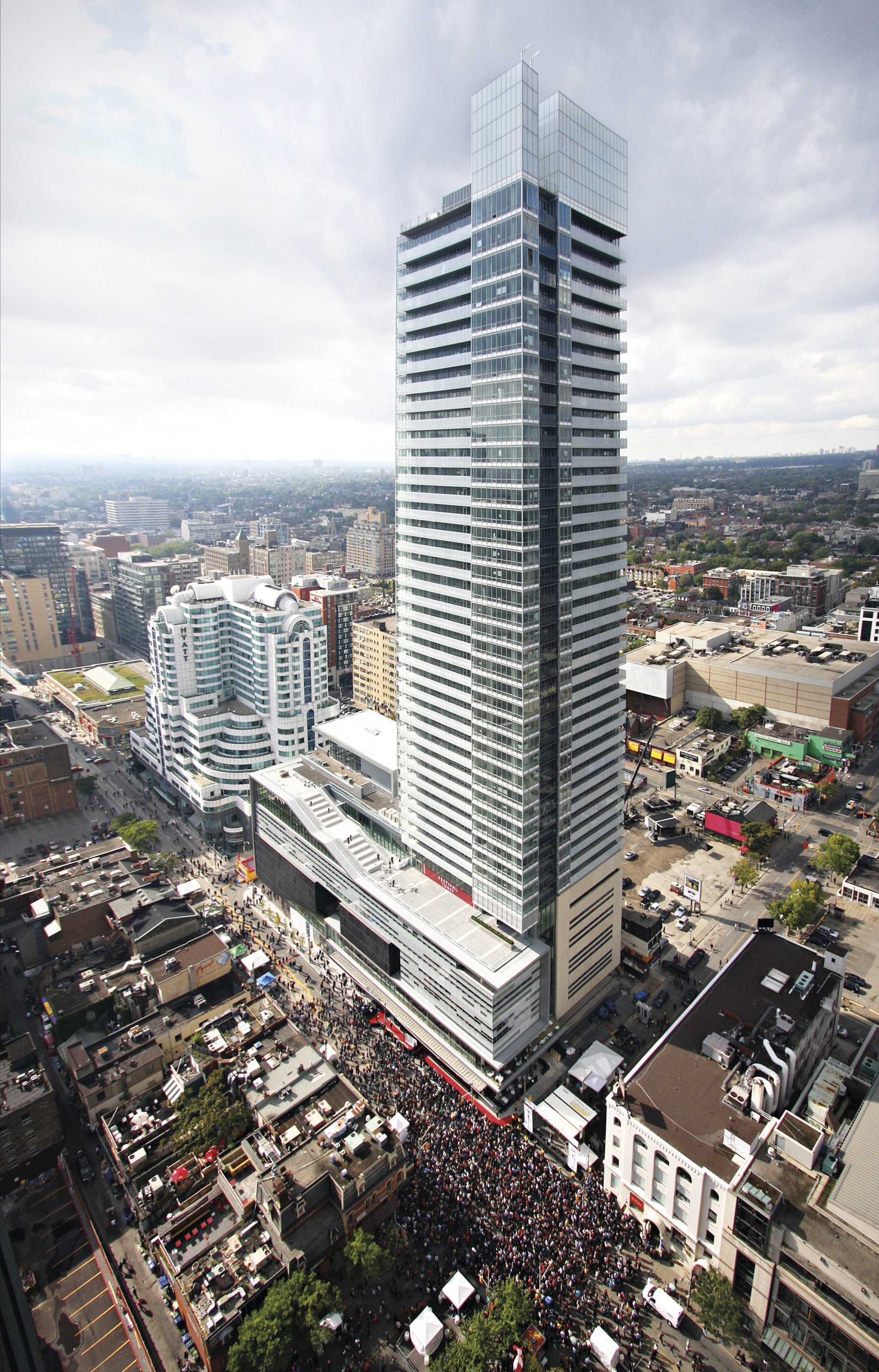 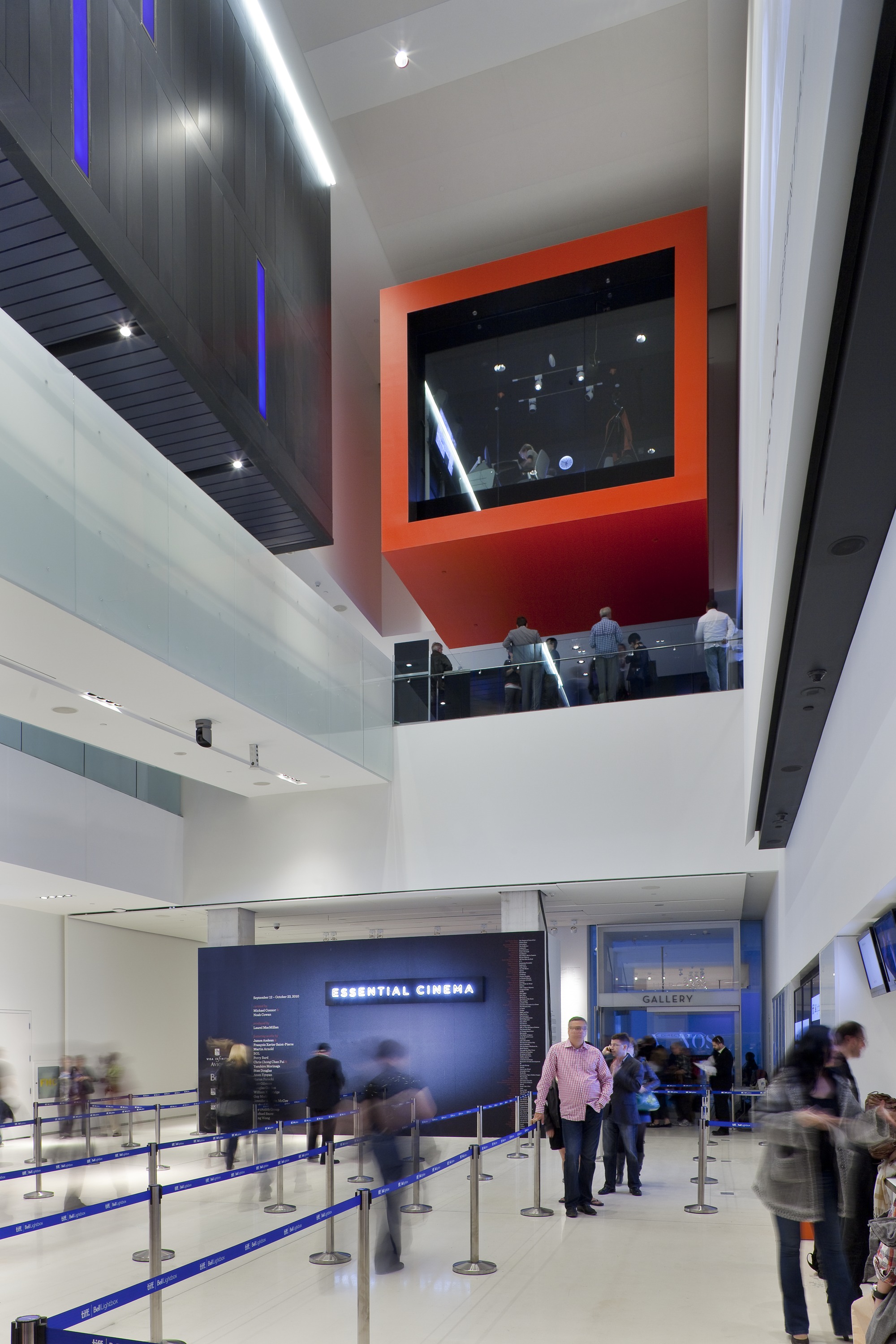 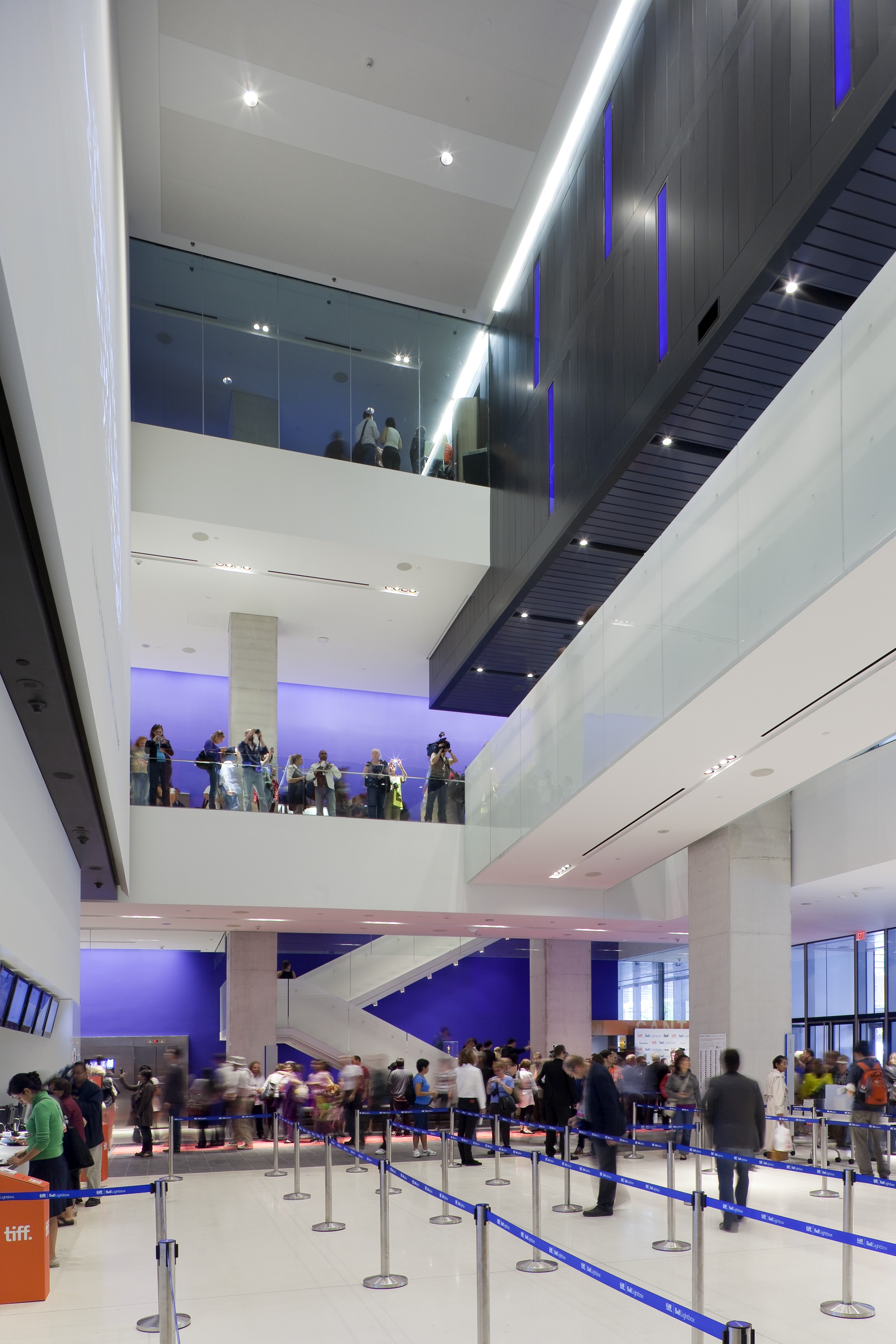 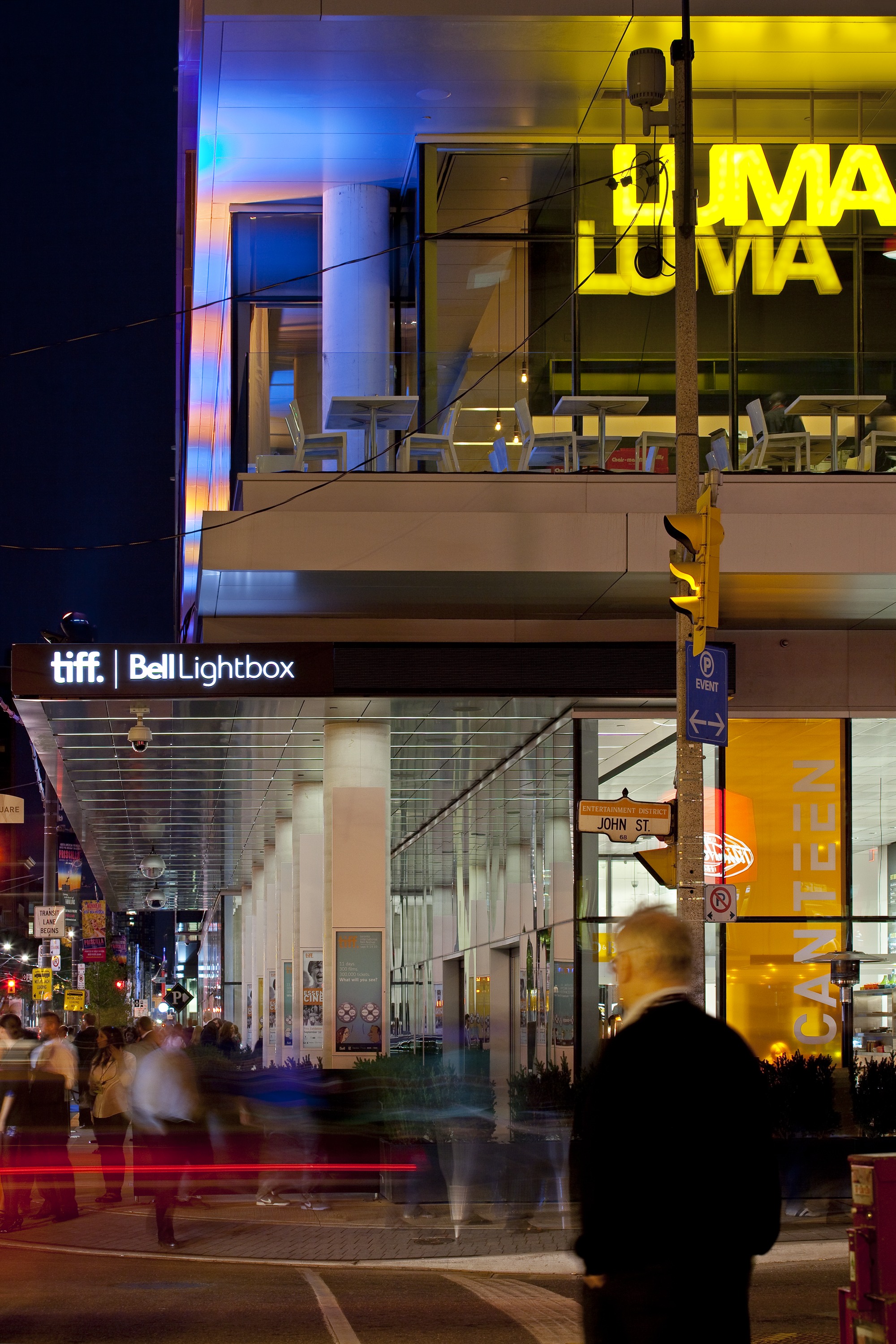