The St. Andrew’s College Master Plan was developed in response to an extensive College Task Force report, which identified a number of deficiencies in the existing facilities and the need for significant improvements to meet the curriculum demands of the 21st century. Derived from the original campus ethos, the Plan creates such new outdoor spaces as academic courtyards and landscape spaces that are linked to a network of paths. These spaces clarify the position of recent campus additions and allow for the expansion of the academic precinct to the west.

Four initial projects were identified as top priorities to be implemented in several phases. The College’s new Middle School wing, complemented by a state-of-the-art double gymnasium, responds to the addition of Grade Six and phasing out of Grade 13, thereby enhancing the identity of the younger boys in the larger school context. The enclosure of an exterior courtyard creates a spacious skylit atrium at the campus’ heart, enabling student functions and alleviating current circulation bottlenecks within existing buildings. The conversion of the original gym in Dunlap Hall to a three-storey art facility significantly enhances the capacity for art and music instruction. The restoration and renovation of the existing Ketchum Auditorium creates a vibrant mezzanine where the entire college community can meet, as well as highly functional space for the drama program. 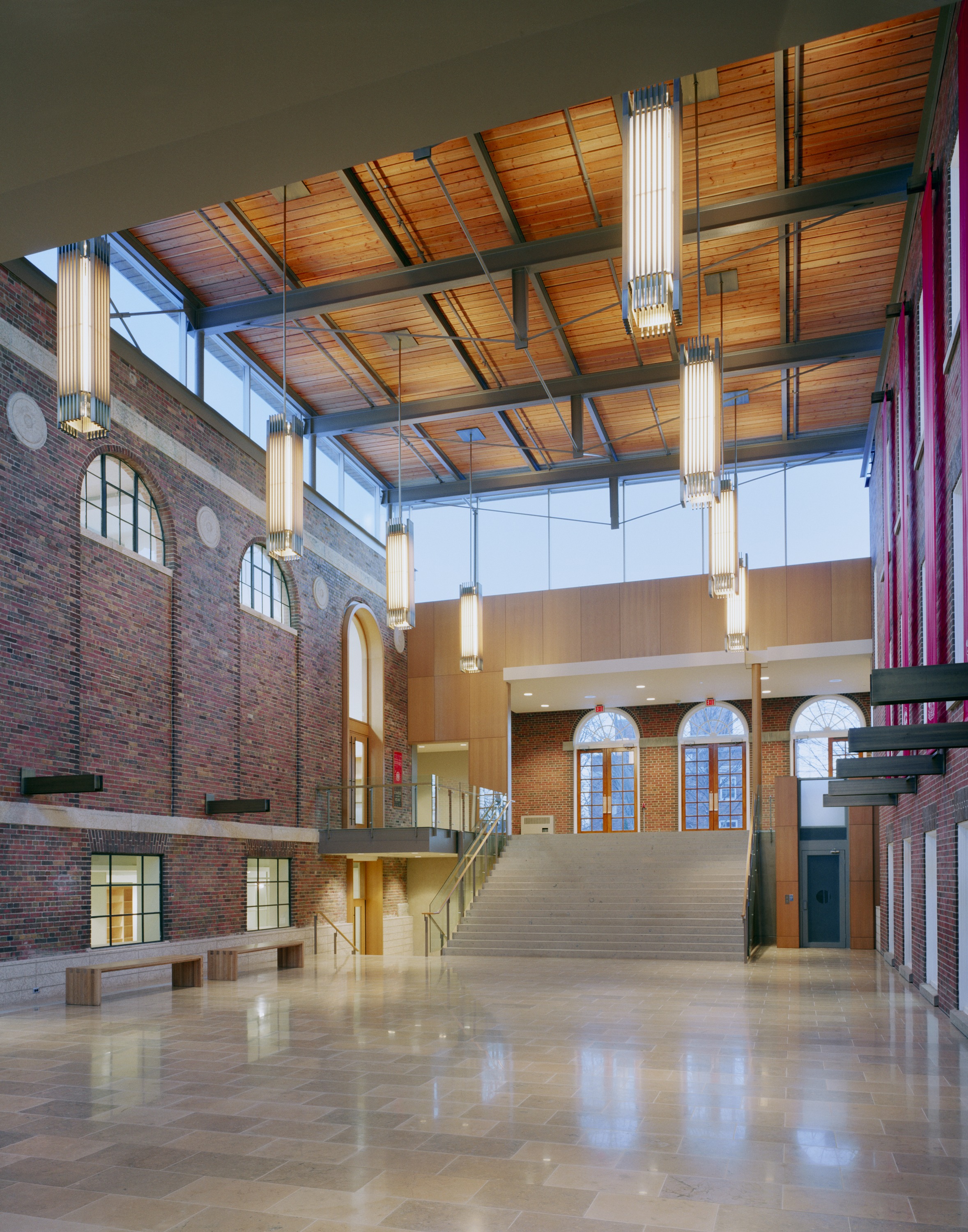 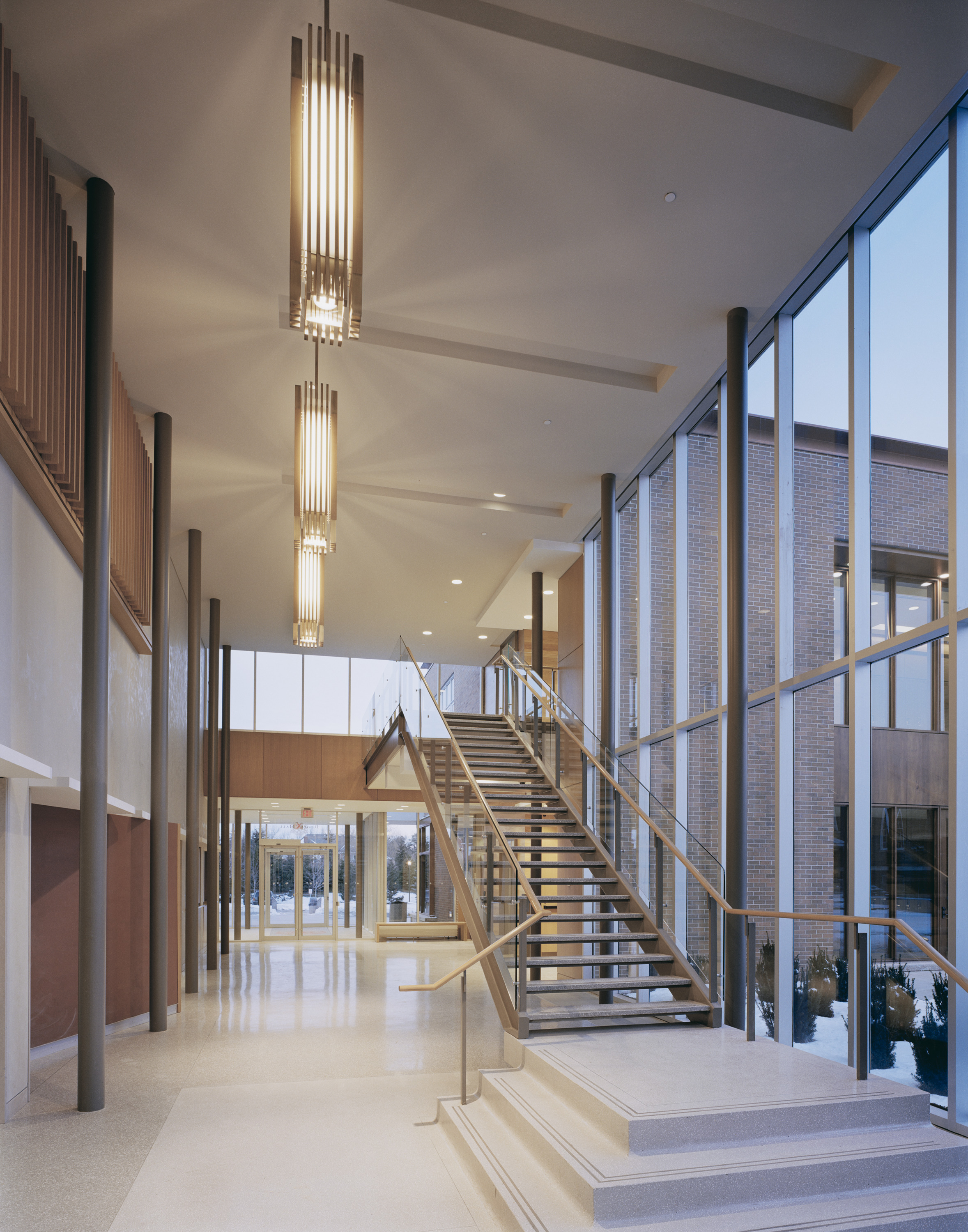