Enhancing the artistic and cultural outlook of Yale

The Adams Center for Musical Arts forms part of a new locus for music learning and performance at Yale. Alongside teaching and practice spaces, the Center accommodates facilities for undergraduate programs such as the Yale Band, Glee Club, Philharmonia, and Symphony. It includes a new orchestra hall, a digital recording studio, and a commons area.

The new addition is sited and massed to extend the façade alignment, scale, and materiality of Leigh Hall and the Yale Cross Campus ensemble of buildings from the west of College Street. It is also positioned to anticipate the future extension of the green, which would realize the long-term master plan vision that was proposed by John Russell Pope in 1919.

Acoustically sophisticated spaces are provided throughout. A robust infrastructure of AV technologies permits audio and video capture in the rehearsal spaces/classrooms, and Band and Glee Club Rooms, to stimulate and document creativity and facilitate distance learning and collaboration.

“Until now, there hasn’t been a space really where this community could gather, have a cup of coffee and say, ‘I heard your performance. It was absolutely fabulous,’ or ‘I heard you practice… [The Adams Center] is a place where people collide.” – Dean Robert Blocker of the Yale School of Music. 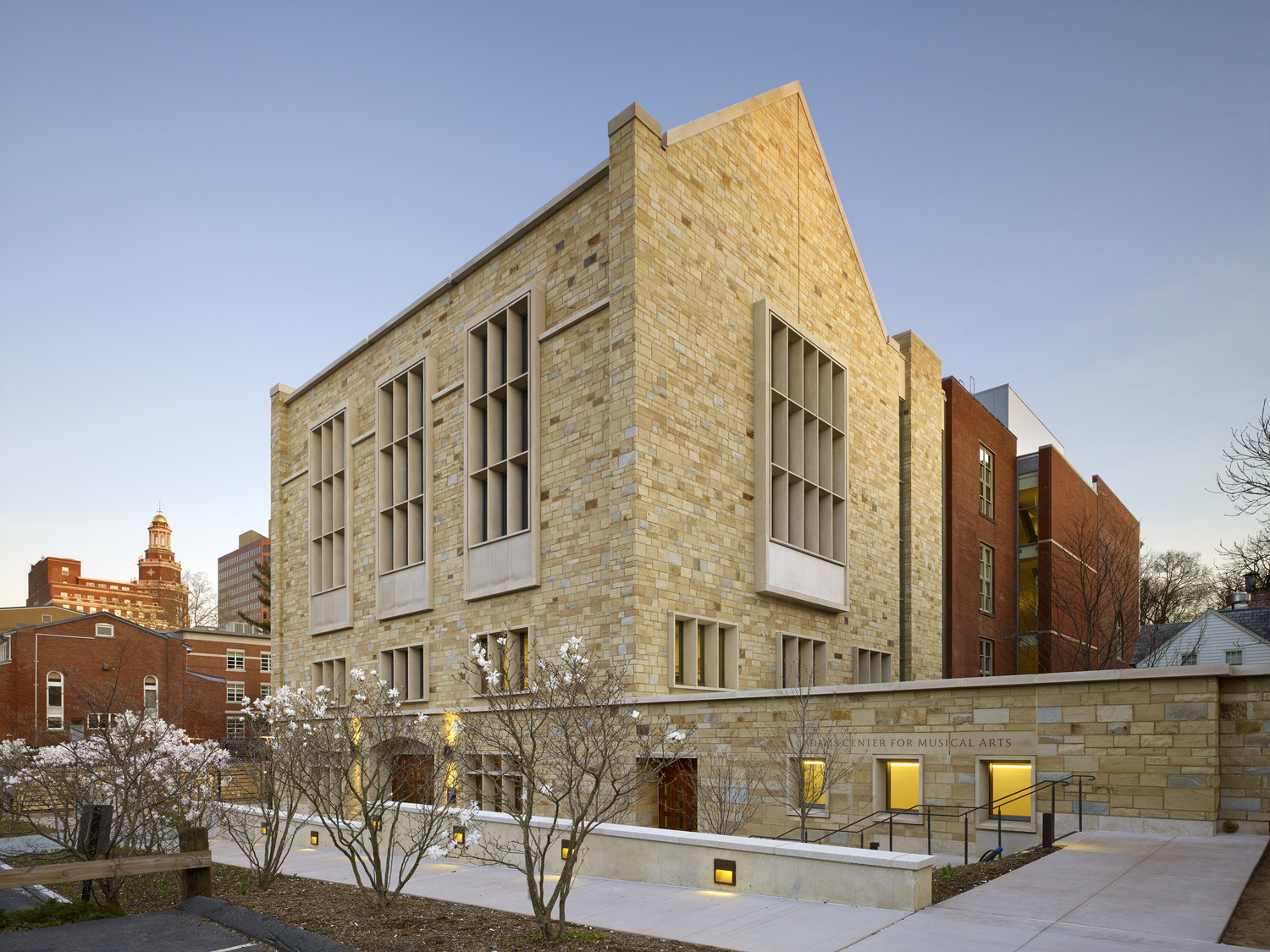 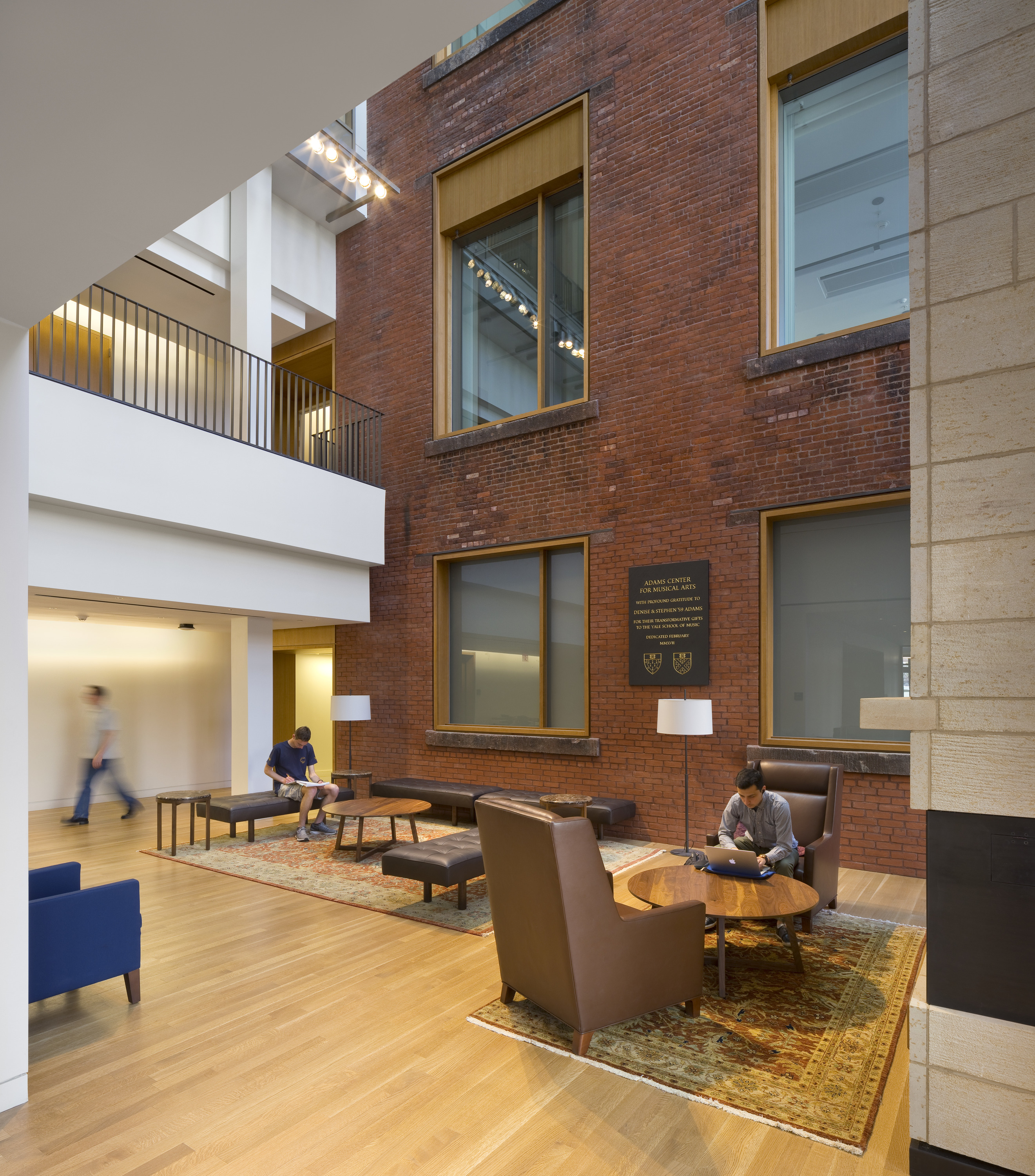 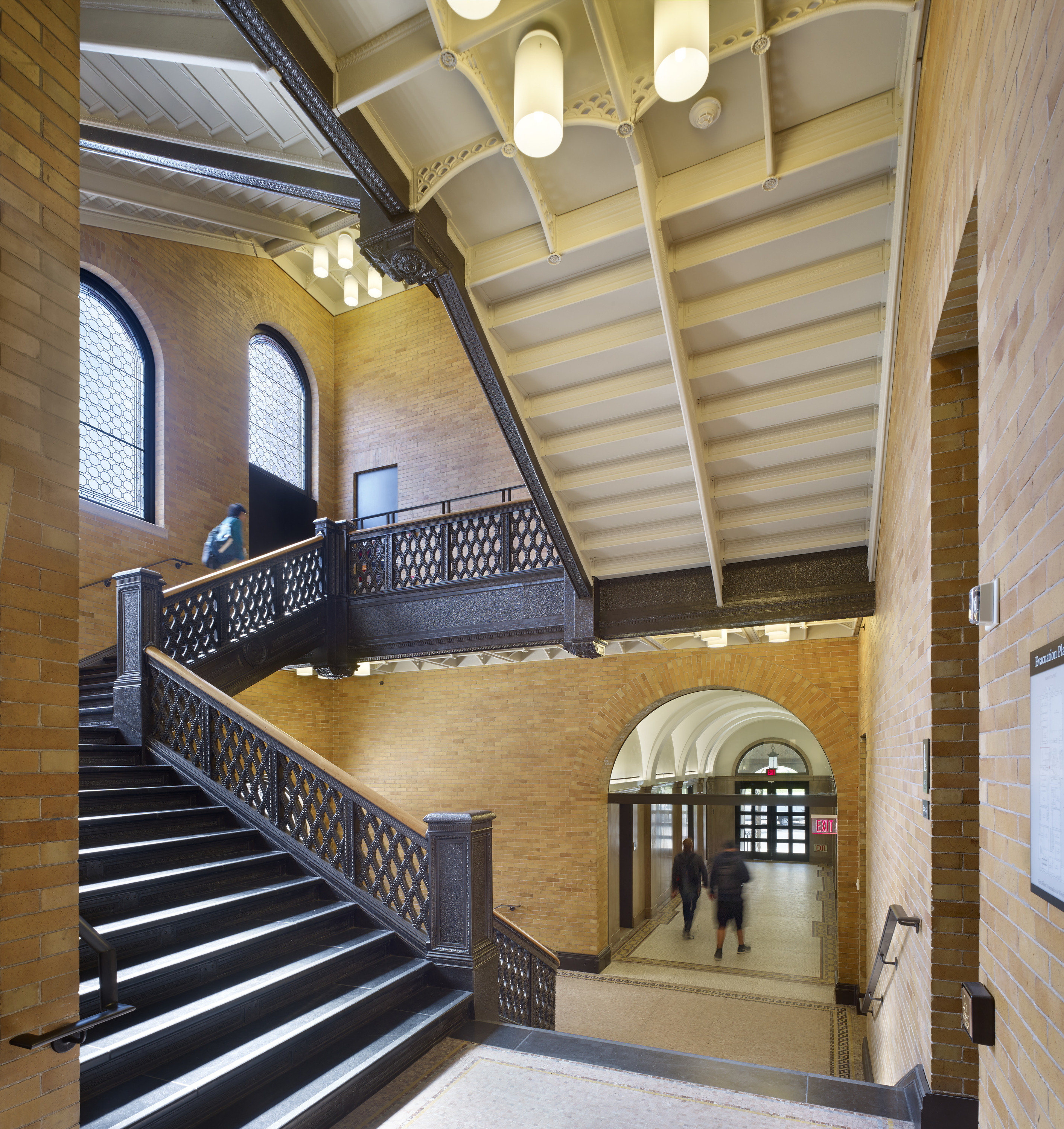 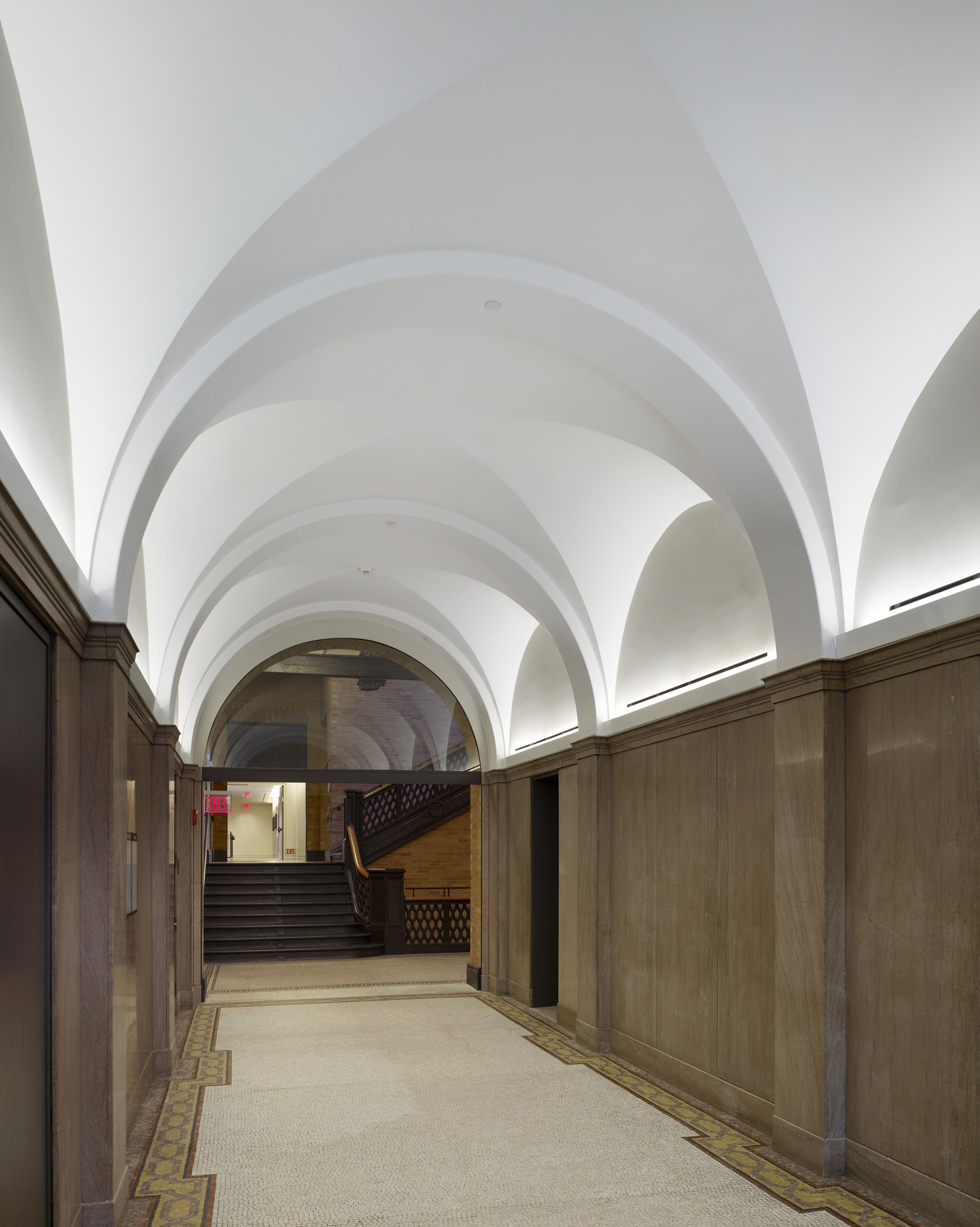