How do you build a neighbourhood in one short phase?

Coherent Diversity
Great cities and neighbourhoods evolve organically from the imagination and will of many individuals over long periods of time. To achieve a distinct sense of place in the short term for the Athletes’ Village, and set the stage for the new legacy neighbourhood, the developer – DundeeKilmer – formed a team of internationally-recognized architects who share a deep commitment to city building and design excellence: aA, KPMB, DLi, and MJMA. To achieve organic diversity and create a distinct sense of place in one short phase, every building was designed by a different team within a common set of themes.

A Vibrant Public Realm
At the east entrance, existing masonry CNR and Canary Restaurant buildings were retained as gateposts to the Front Street extension. The mixed program – a YMCA, the George Brown Student Residence, market housing and social housing – is calibrated from east to west. Transparency and a common datum at the base of every building along the Front Street promenade combined with series of secondary green paths and a mixed-use retail strategy promoting ‘things to do for health and happiness’ contribute to goals for an animated, walkable public realm.

The short term goal was to give the Pan/Parapan athletes a unique experience of our City, Province and Nation: heterogeneous, diverse, complex, open, and democratic. The long term goal was to create a new neighborhood in our City of Great Neighborhoods. The vision is inspired by the walkable city of great neighborhoods of Jane Jacobs and the global village of Marshall McLuhan. 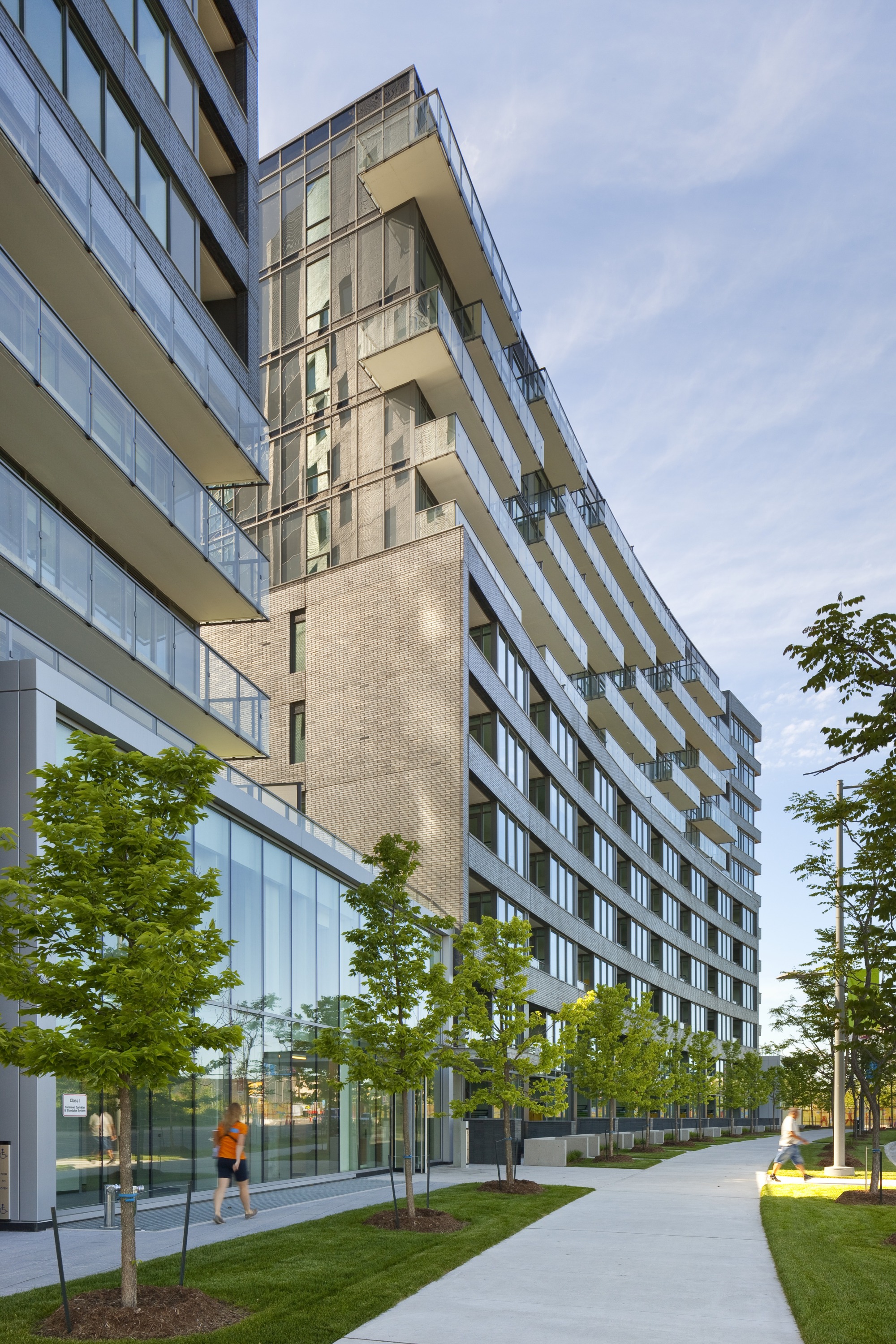