Getting to 2050: A Model for Net Zero & Extreme Climate, Large-Scale Tower Design

A Design to Respond to Climate Change
Manitoba Hydro Place introduces a new paradigm to lead the AEC industry to a carbon-neutral future using a formal Integrated Design Process. Every element melds performance and aesthetics: solar chimney, wintergardens, waterfalls, thermal mass, vertical neighbourhoods, double façade, geothermal, public park, public galleria. Every part of the whole was conceived and designed in the service of providing a healthy supportive workplace for Hydro’s greatest asset – its people. The outcome is a reduction in absenteeism (1.5 days per employee) and massive energy savings.

The original target of 60% energy reduction has been exceeded by 77%, and the design is in fact 80% more efficient than conventional Winnipeg buildings, making it the third most energy efficient large scale building in the world. It is also the first large-scale office tower in North America to be LEED Platinum-certified.

Harnessing an Extreme Climate for Passive Energy
The fully integrated design capitalize on Winnipeg’s unusual abundance of sunshine and dominant gusting south winds to harness passive solar and wind energies. The capital ‘A’ form of the tower comprises two wings fused at the north and splayed open to the south. The splay is filled with three, six-storey stacked atria / ‘winter gardens’ that act as the lungs of the building and feature 24-metre-tall waterfalls which humidify/dehumidify (dependent on the season) incoming air. 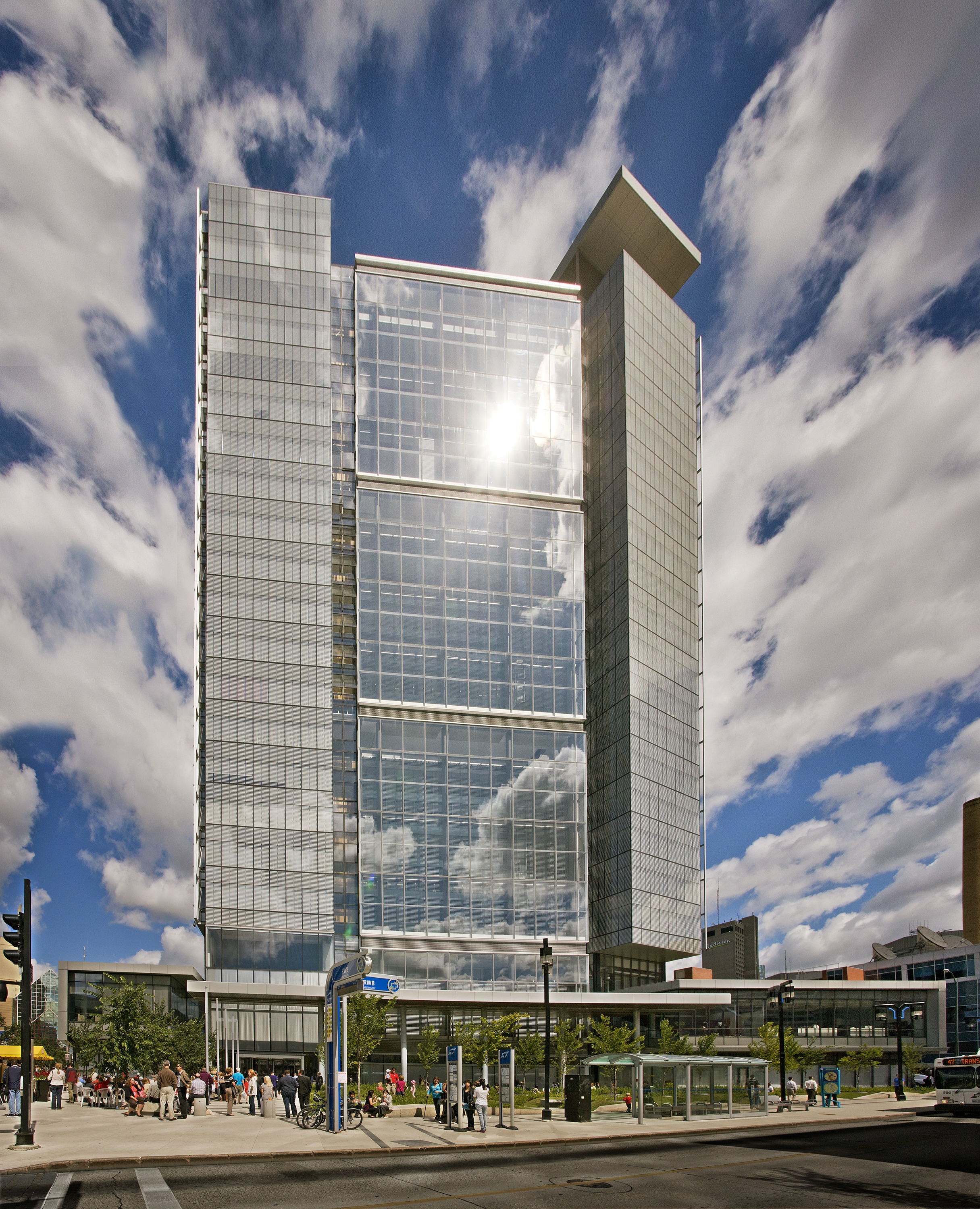 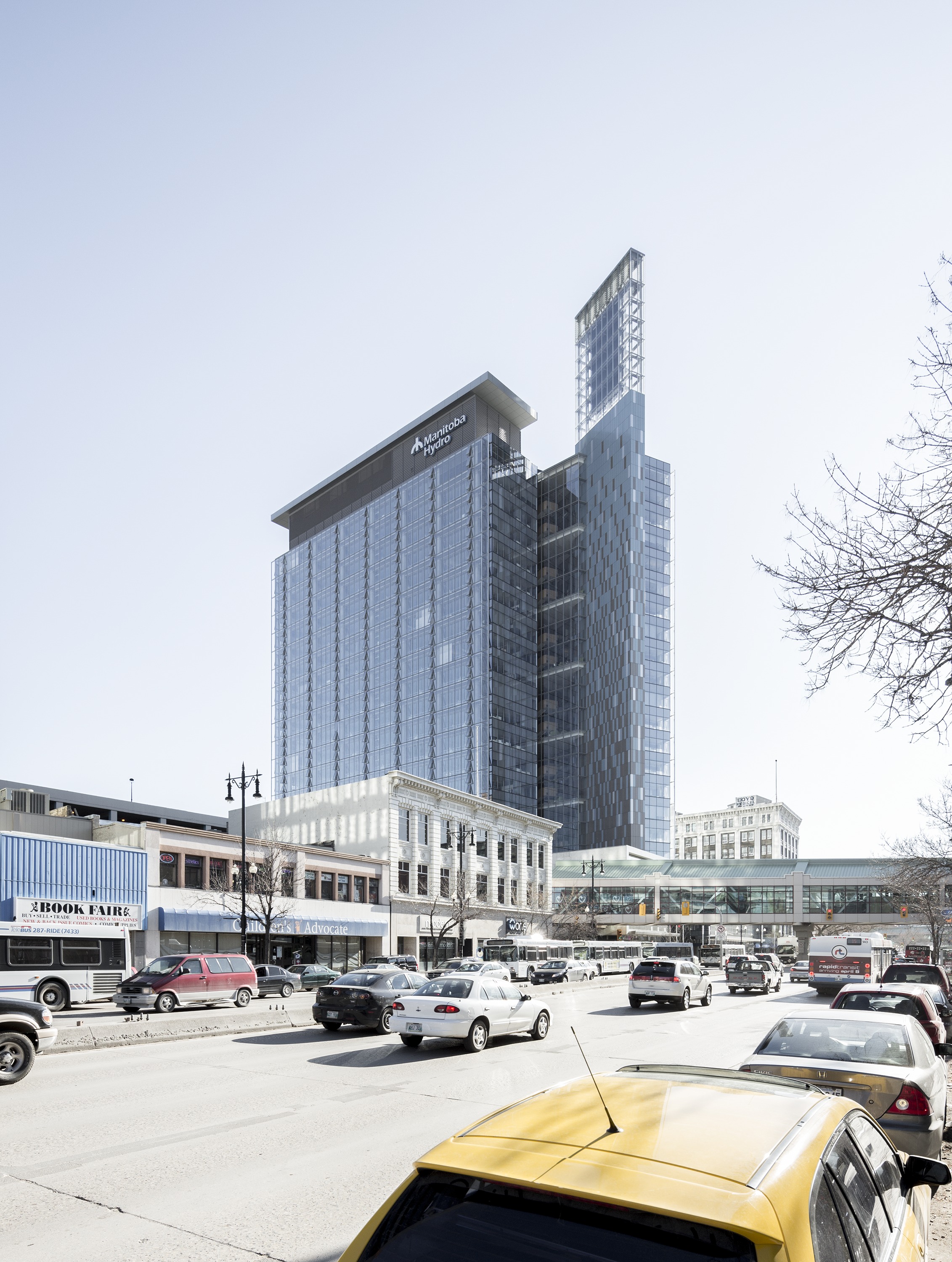 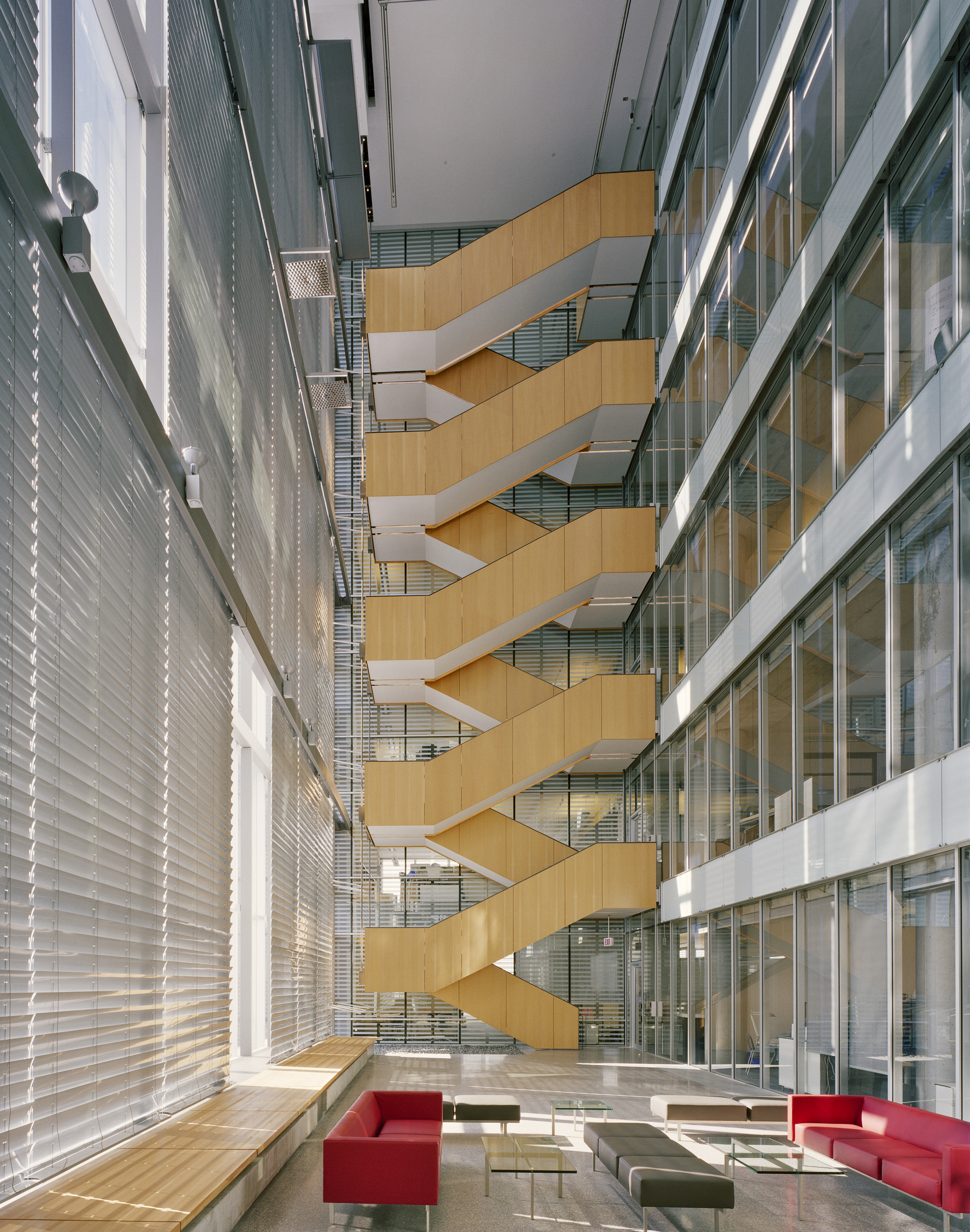 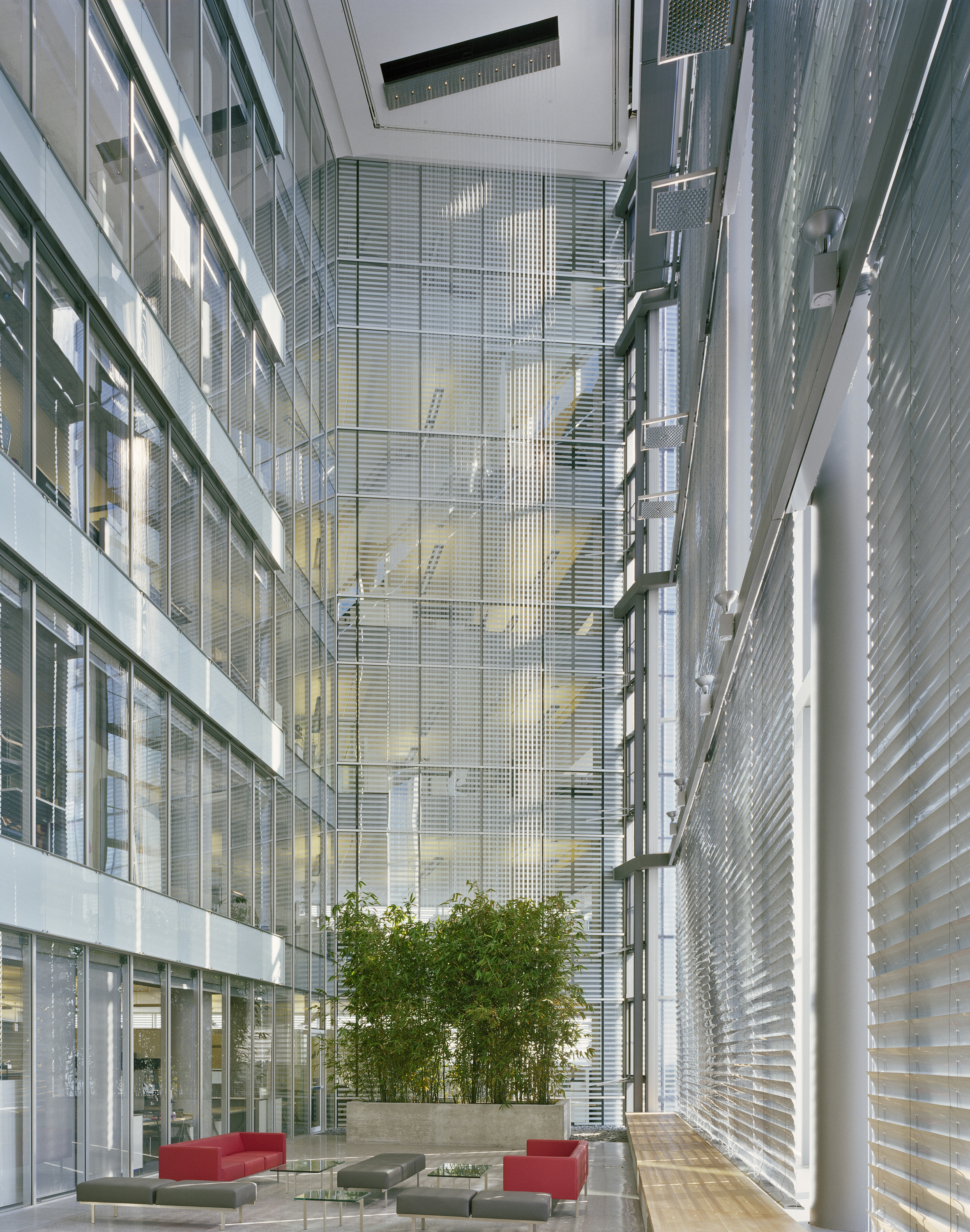