The Perelman Center for Political Science and Economics (PCPSE) consolidates the University’s Political Science Department and Department of Economics in one location. On the north-east corner of Walnut and 36th Streets, the Center comprises the reuse and renovation of the historic West Philadelphia Title and Trust Company building from the late 1920’s, and a new addition to the north of the same area.

The old and new are fully integrated on the interior, and the new façades of the addition complement the vertical style of the heritage building.

The center’s north addition features a new façade that resonates with the vertical style of the historic West Philadelphia Title and Trust Co. building. The main west entrance is on 36th Street at the intersection of old and new buildings. The scale of the double height ground floor of the old bank building – with its striking heritage windows – is extended into the grade level of the new addition, delivering a highly transparent animated academic ‘storefront’ on 36th Street. The addition’s exterior palette of silver metal, frosted and clear glass is also designed to complement the historic limestone façade. 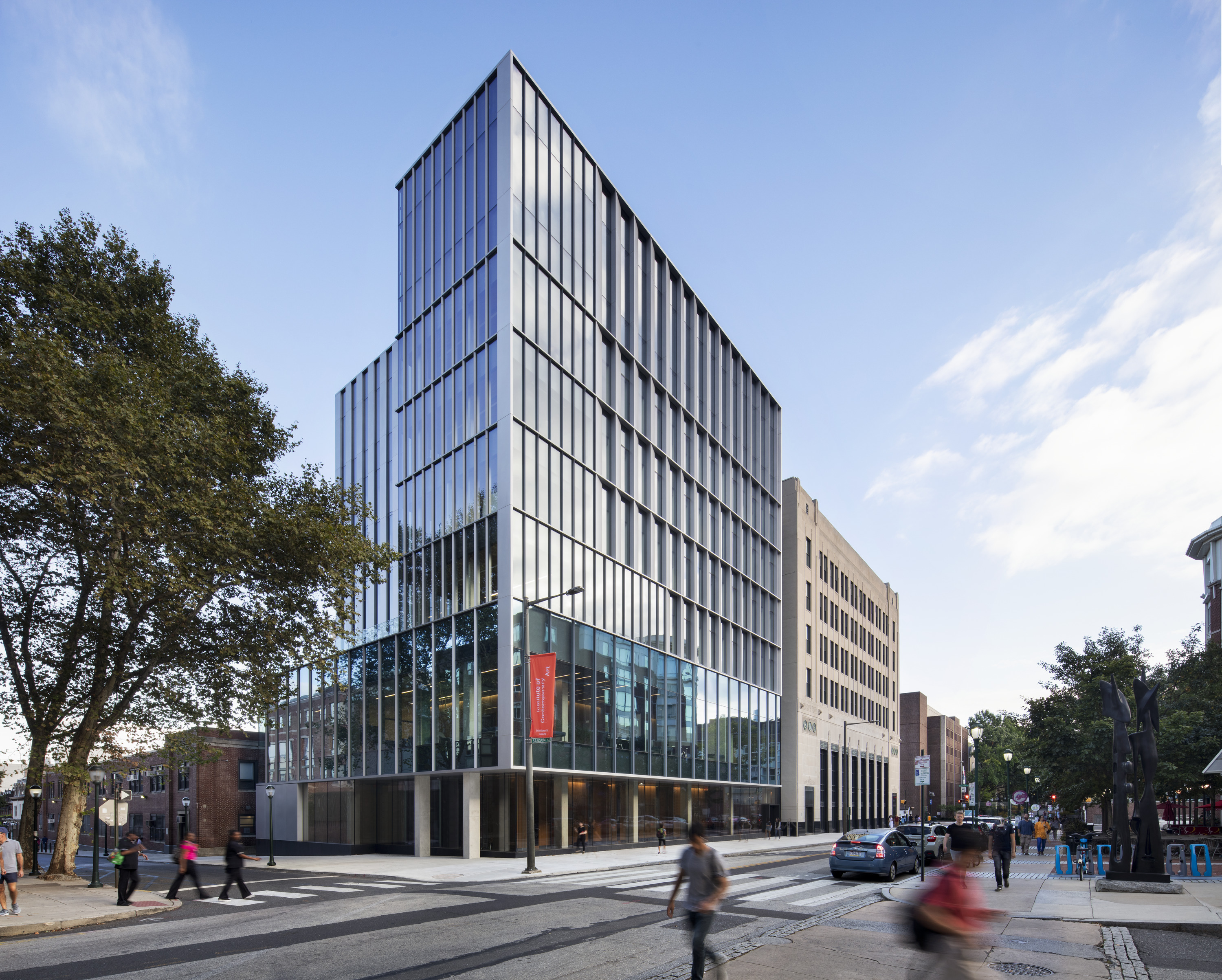 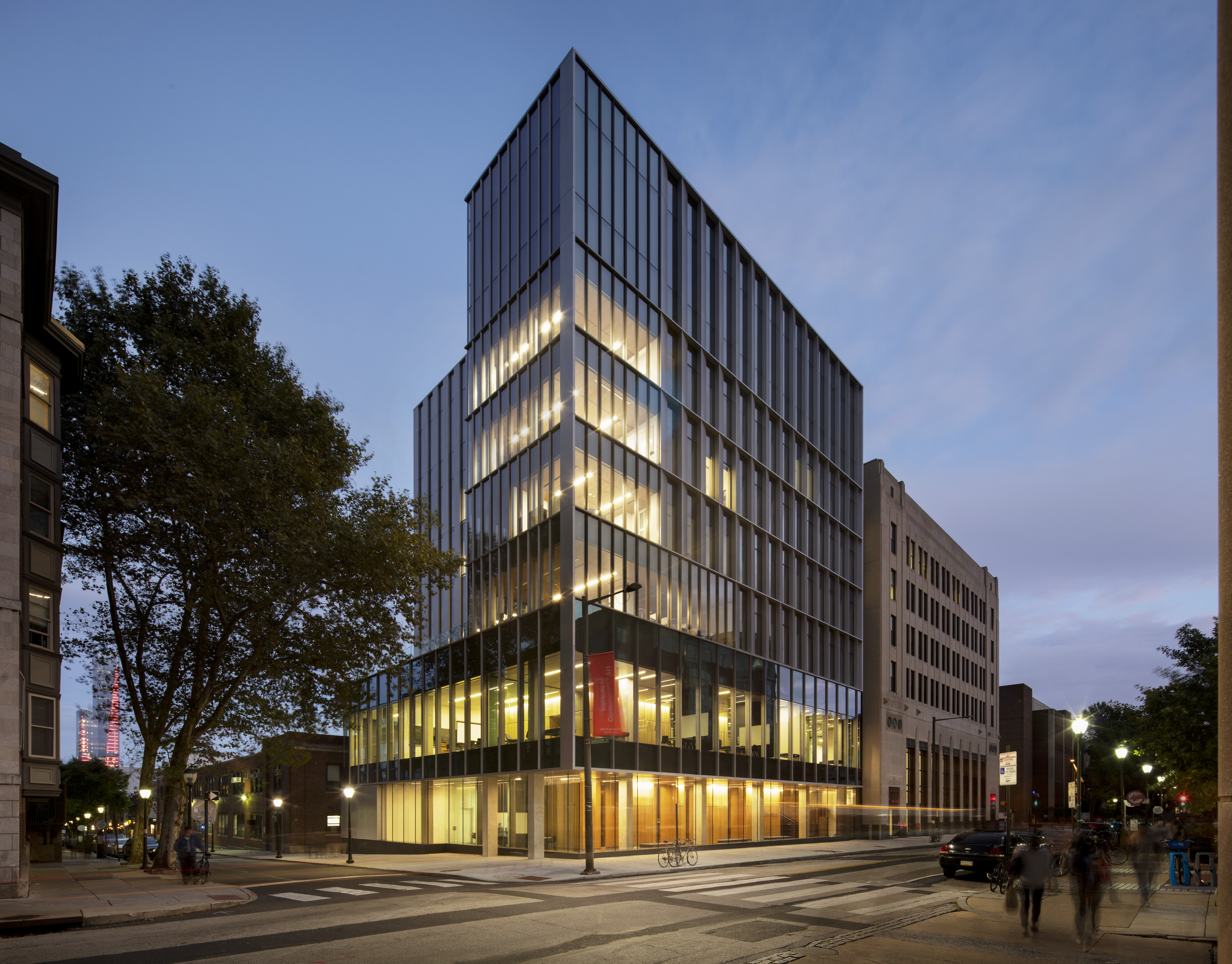 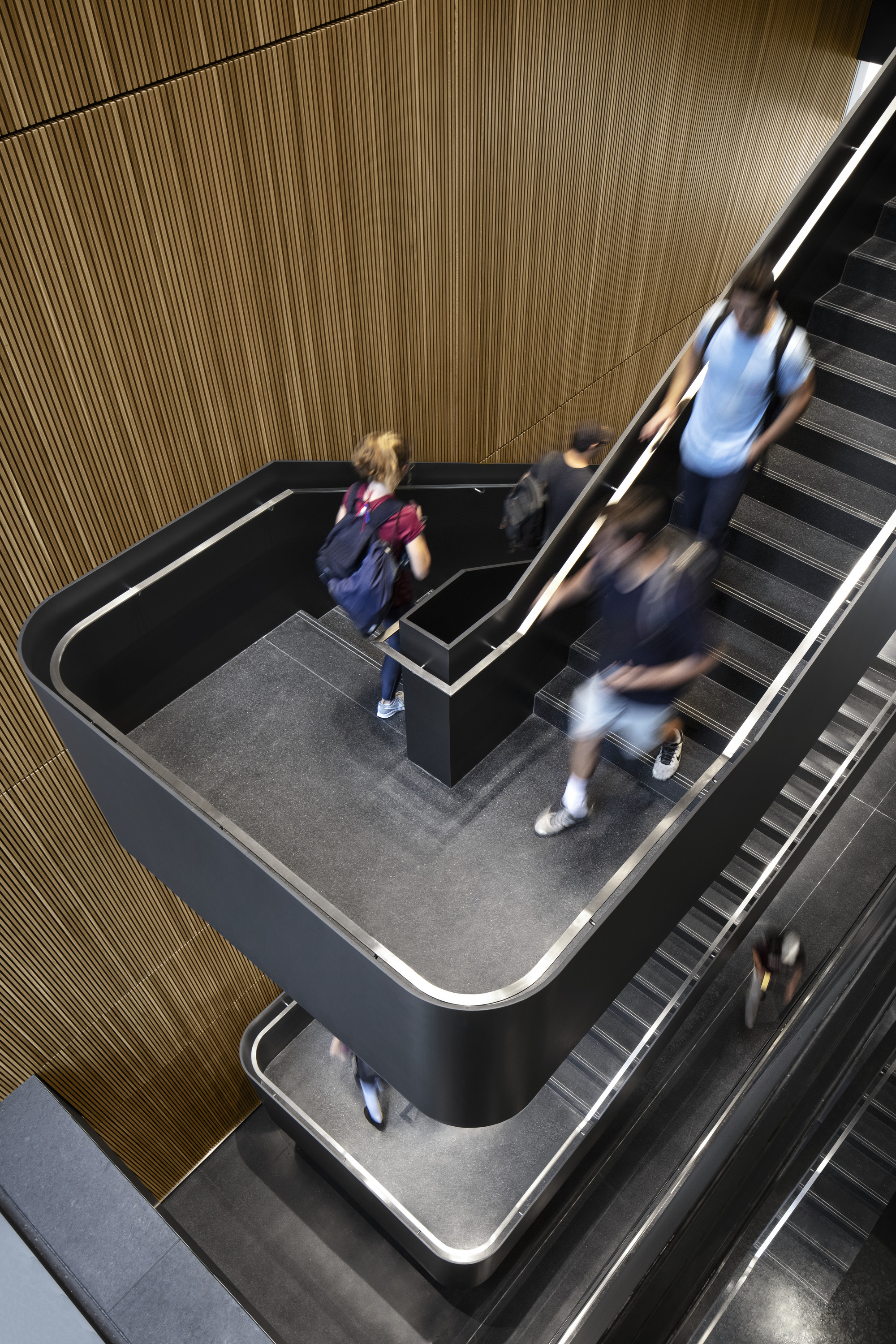 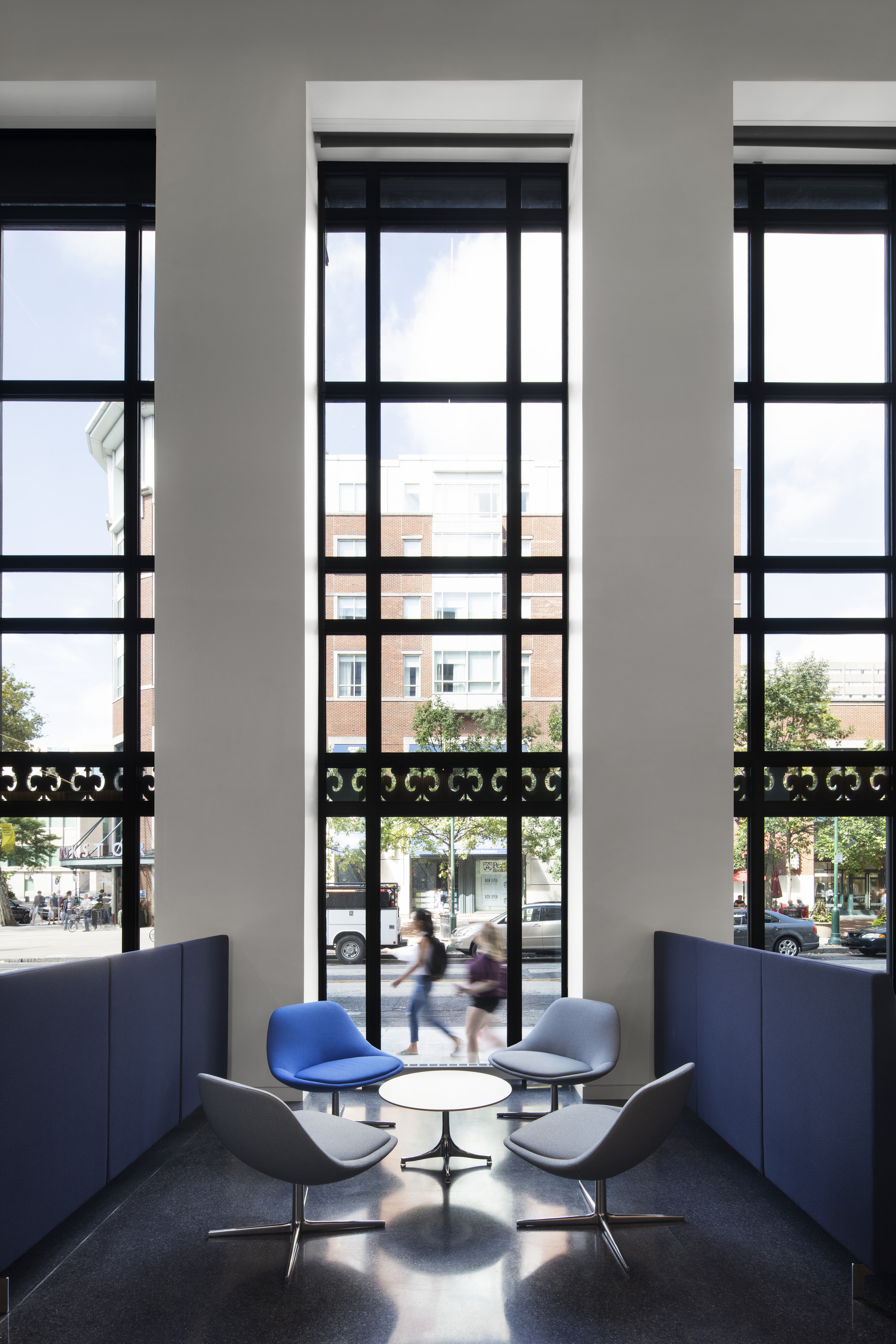 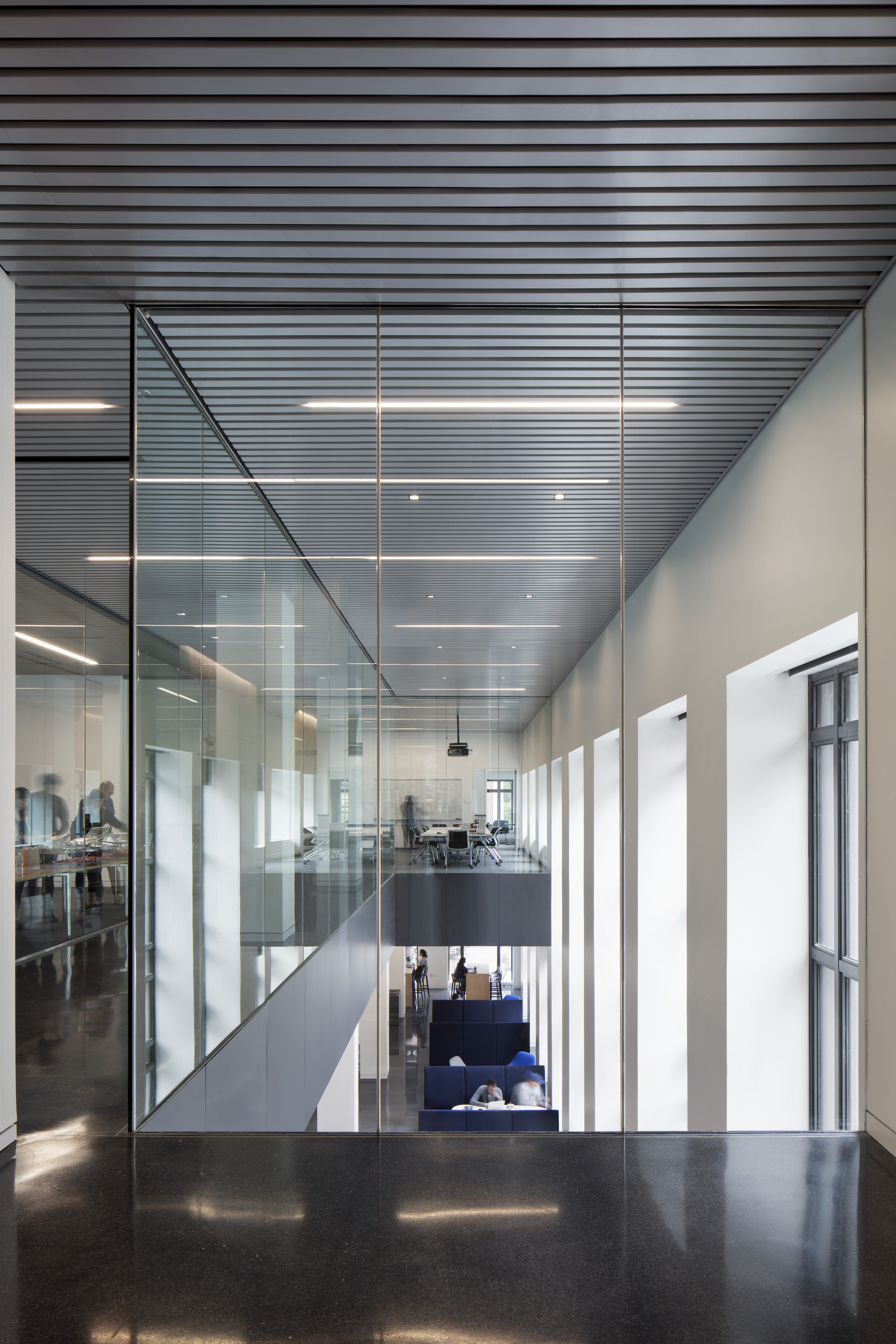