Kitchener City Hall is the winning submission in a national design competition held in 1989. The design is conceived as an ensemble of spaces and volumes to express the importance of location, topography, program and context in clear architectural terms and to create a public terrain for assembly and movement through the site.

The major functions of the City Hall are accommodated within three principal volumes: the Council Chamber, the Civic Rotunda and the Administrative Office Tower. The Council Chamber is associated with the offices of the Mayor and Councillors. The Civic Rotunda is a place of public assembly. The Civic Tower houses the administrative departments and provides a public observation deck under its cubic top. The tower’s spire is an illuminated weather beacon that is visible from all parts of the downtown area.

The forms of the City Hall are proportionally and materially designed to both work within and stand apart from the existing urban fabric. Civic precedents – agora, amphitheatre, plaza and tower – are evoked. Both old and new, monumental and informal, the City Hall is referenced to the history and the languages of architecture. 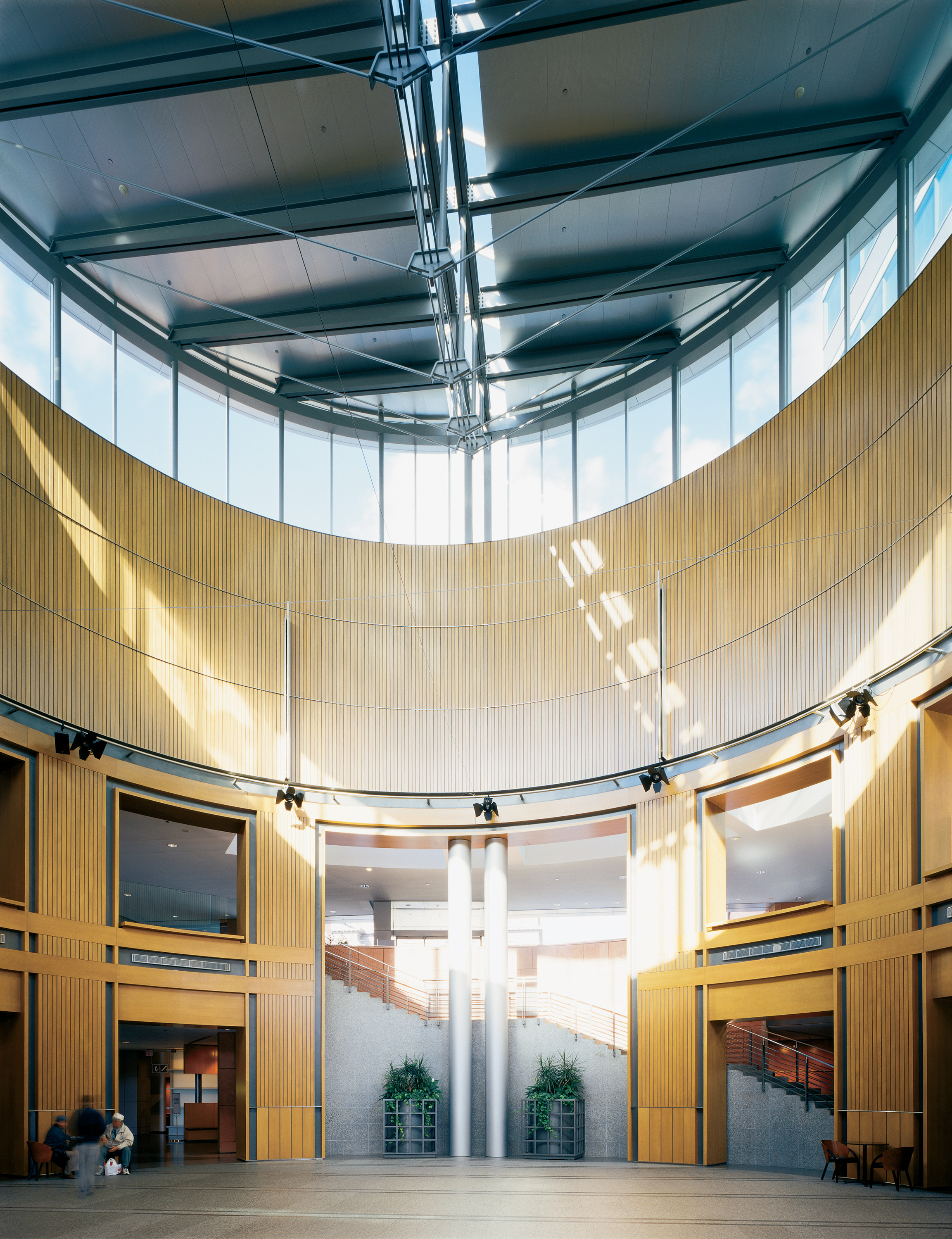