Located at the junction of Leipziger Platz and Postdamer Platz where a portion of the Berlin Wall still stands, the Canadian Embassy is one of several initiatives in the city’s third wave of reconstruction. The design participates in the reconstruction of the original octagonal wall of Leipziger Platz, and conforms to the stringent planning and design guidelines set out by the District Office of Central Berlin which dictated a stone exterior with punched windows, and 22 metre setbacks.

Within the rigorous guidelines, the design negotiates a subtle interplay, or oscillation, between the diversity and plurality of the Canadian identity and the specificity of its presence in Berlin in the material expression and in the contrast between the rigor of the exterior expression and an open-ended interior concept. The material palette of wood and stone is derived from several regions of Canada, while other materials have been selected for their German content: for example, zinc from Germany is used for the exterior cladding.

It features a 15 metre high, copper-clad conical form, Timber Hall, which contains multi-use spaces for public and cultural functions. The interior is lined with Douglas Fir and features a sky-lit oculus from which is suspended a metal and glass compass ring that changes according to the rhythm and strength of the sun.

Department of Foreign Affairs and International Trade, Government of Canada 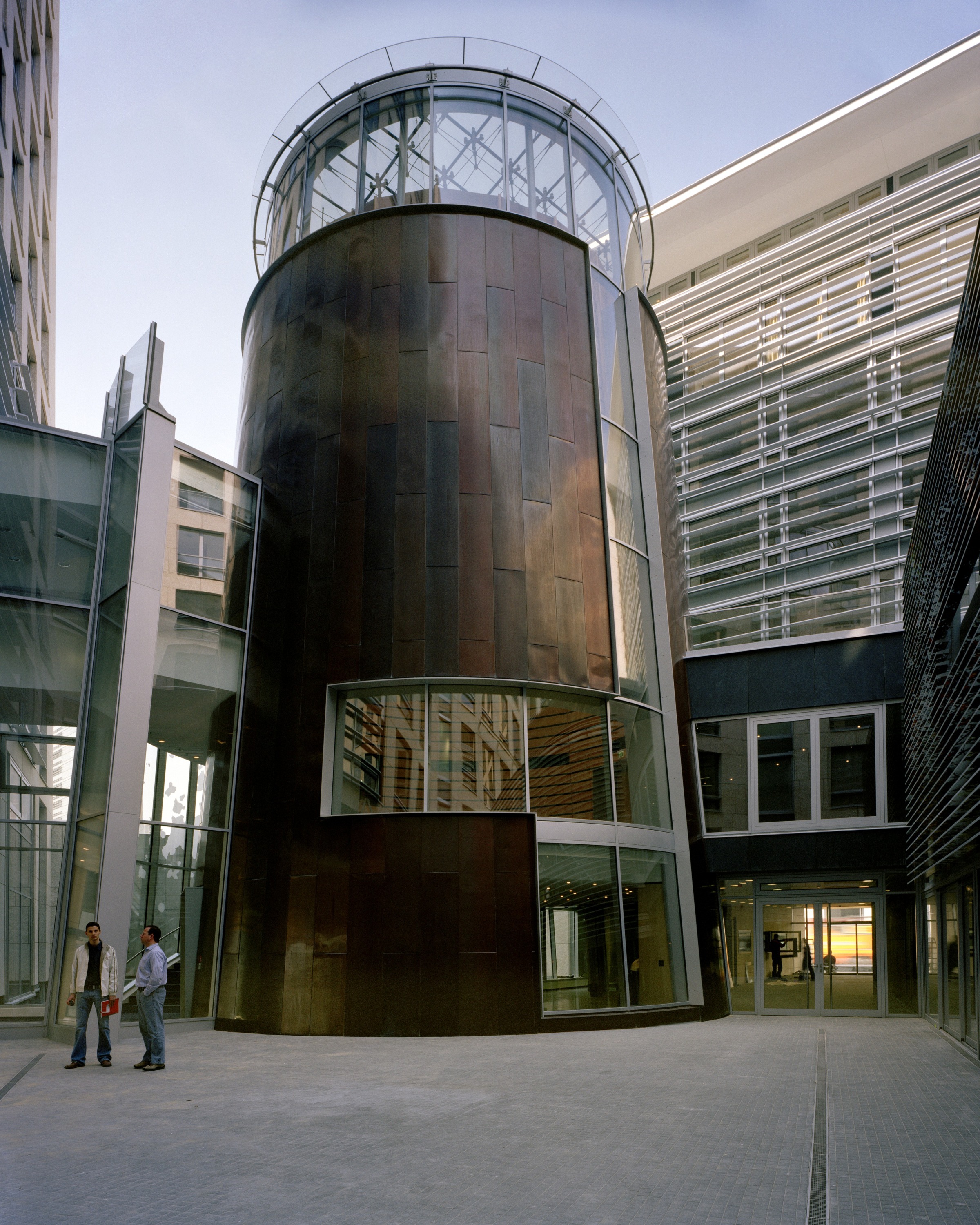 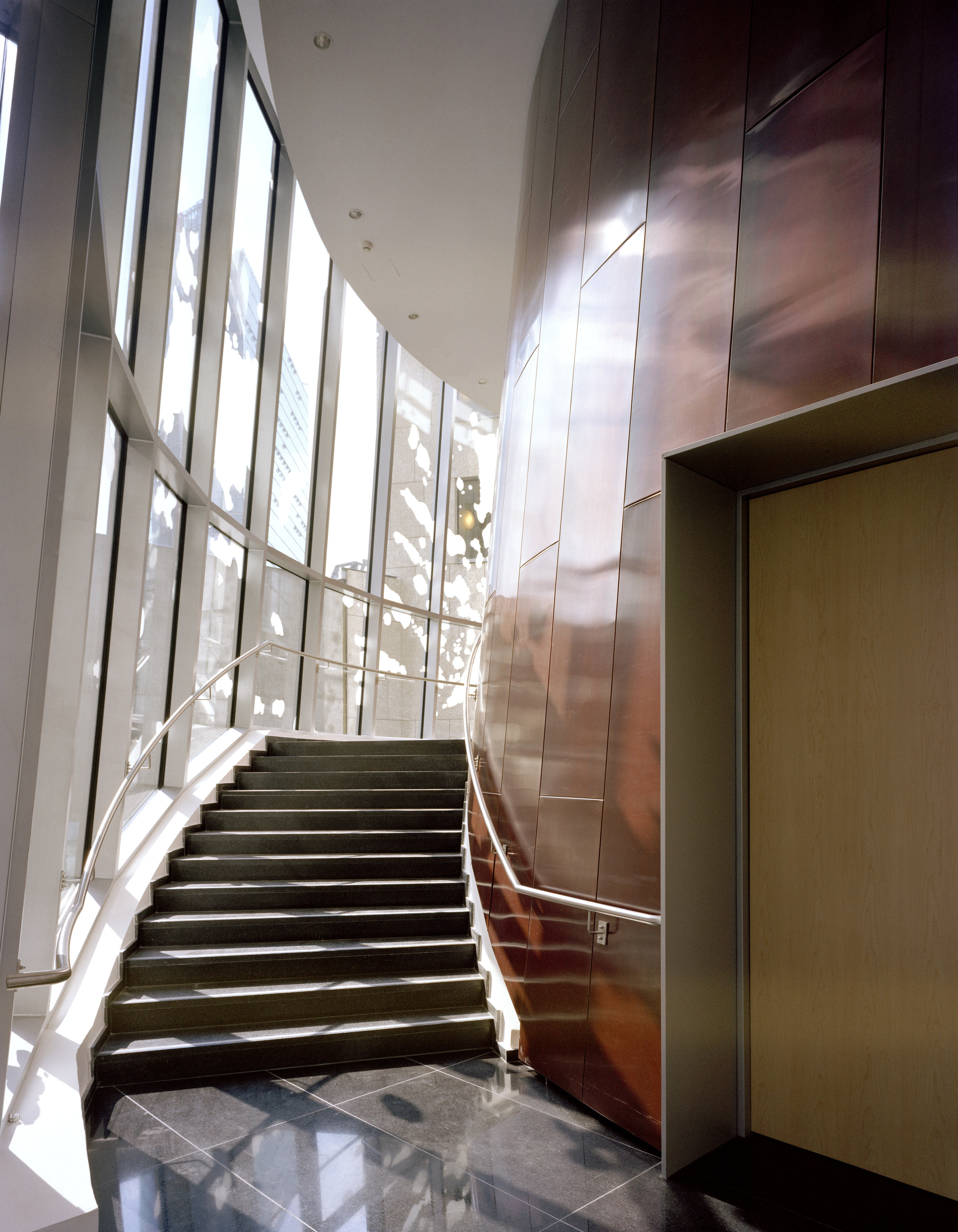