An education platform and ‘hub’ for advancing entrepreneurship and interdisciplinary science, this is the first research facility in the world to bring together quantum computing and nanotechnology under one roof and inspire scientists to work together to reveal previously unimagined insights to the universe.

A New Model for Interdisciplinary, Connected Science
To give the respective sciences individual expression within the whole, both the Institute for Quantum Computing and Nanotechnology Engineering are housed in individual ‘buildings’ organized above a podium which also contains the shared Metrology Suite and Cleanroom. The massing and siting create a series of new courtyards that reinforce the network of pedestrian routes and green spaces that distinguish the University of Waterloo’s campus.

The two scientific components are joined by a linear central atrium that is both an indoor pedestrian route linking the Ring Road to the campus, and an informal space to catalyze exchange between scientists, faculty, students and visitors.

Biomimetic Design: Emulating the Founding Structure of Life
The hexagonal honeycomb exoskeleton of the Nanotechnology Engineering research ‘box’ both emulates the intrinsically stable hexagonal carbon structure of the nanotube, and supports the cantilevered perimeter-minimizing column interference in the cleanroom below.

Mind Spaces
The heart of the IQC is the six-storey atrium with interconnecting stair that weaves together a vertical network of ‘mind spaces’. A strategically located café acts as a catalyst for interdisciplinary interaction and serendipitous conversations. 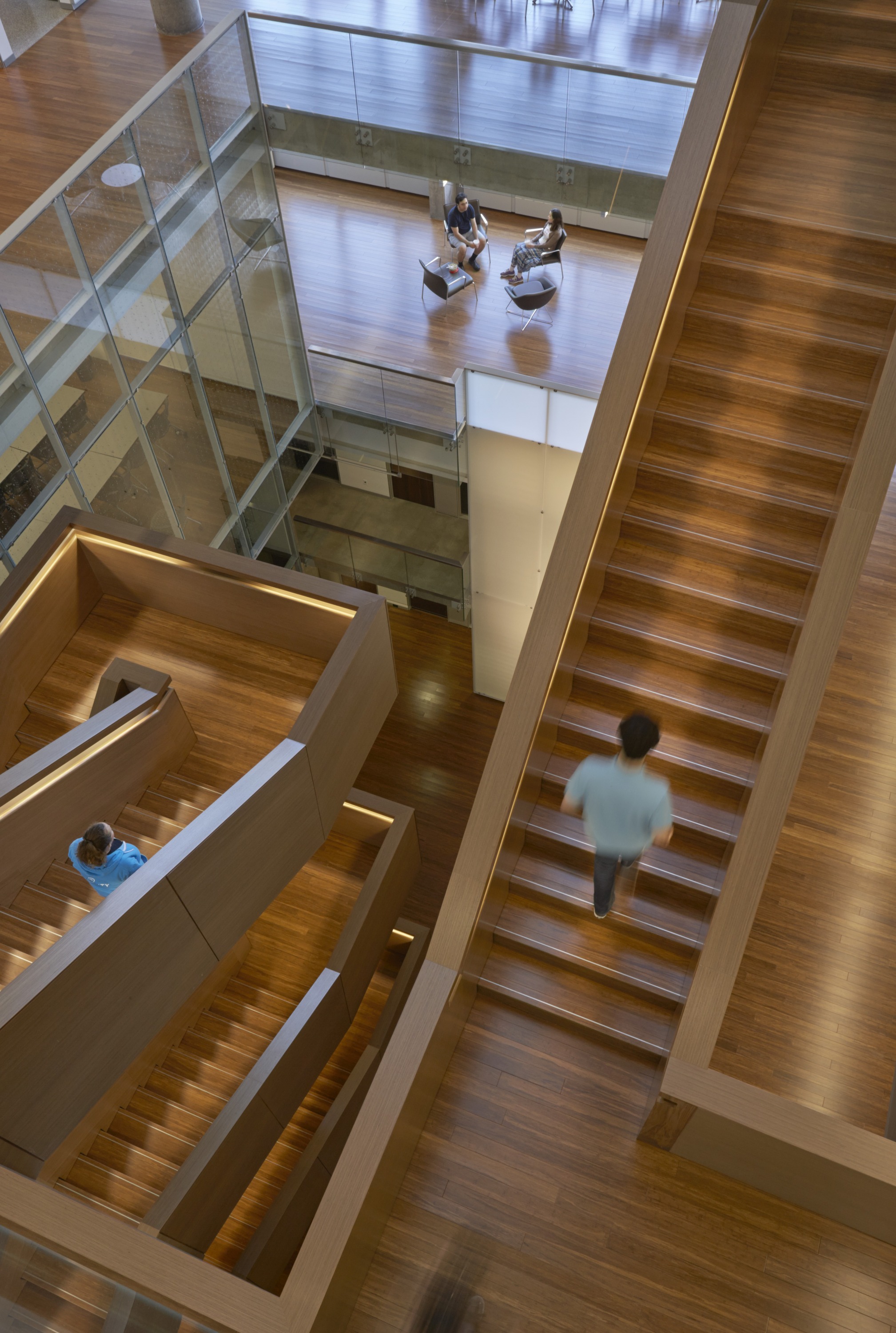 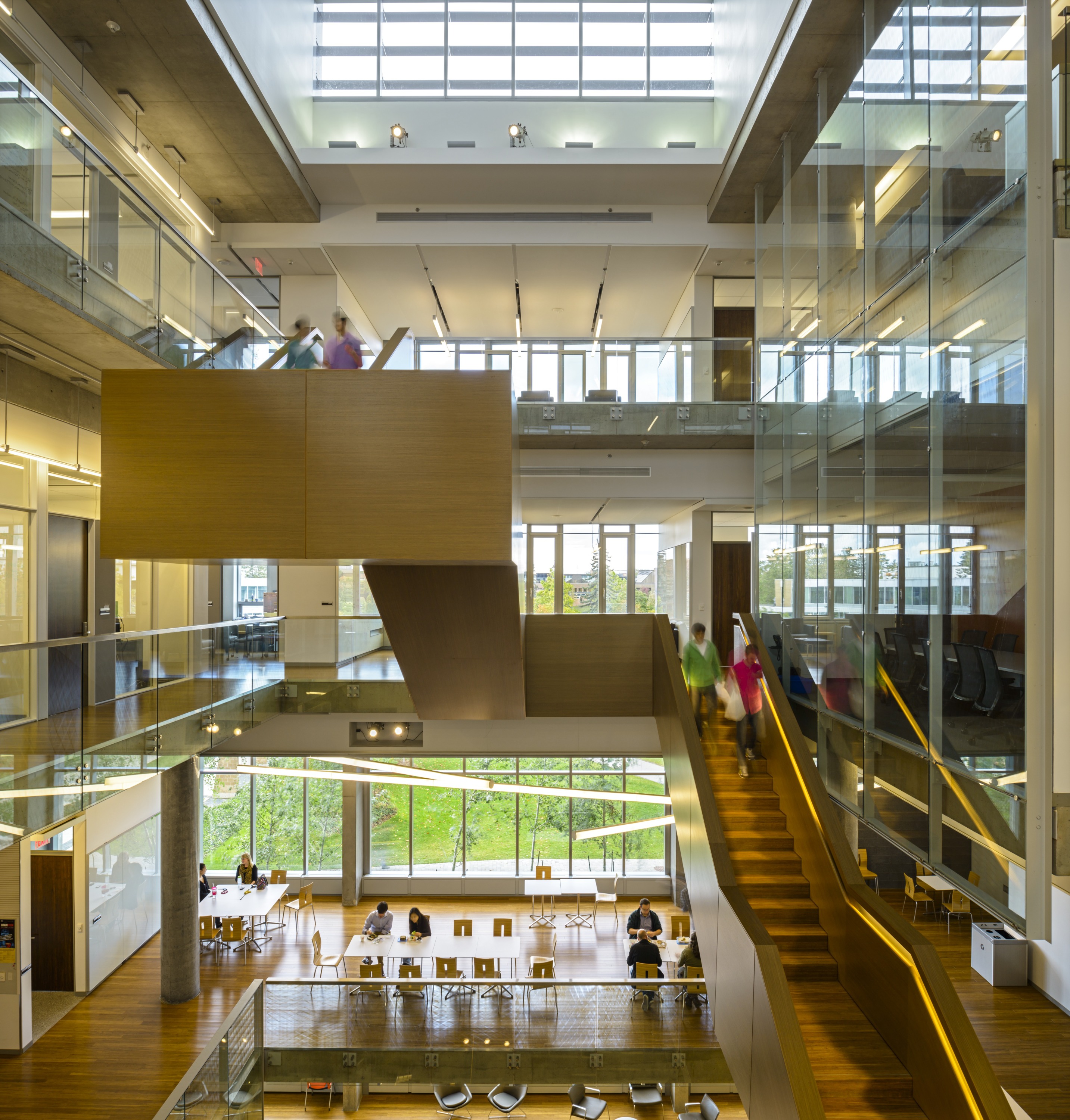 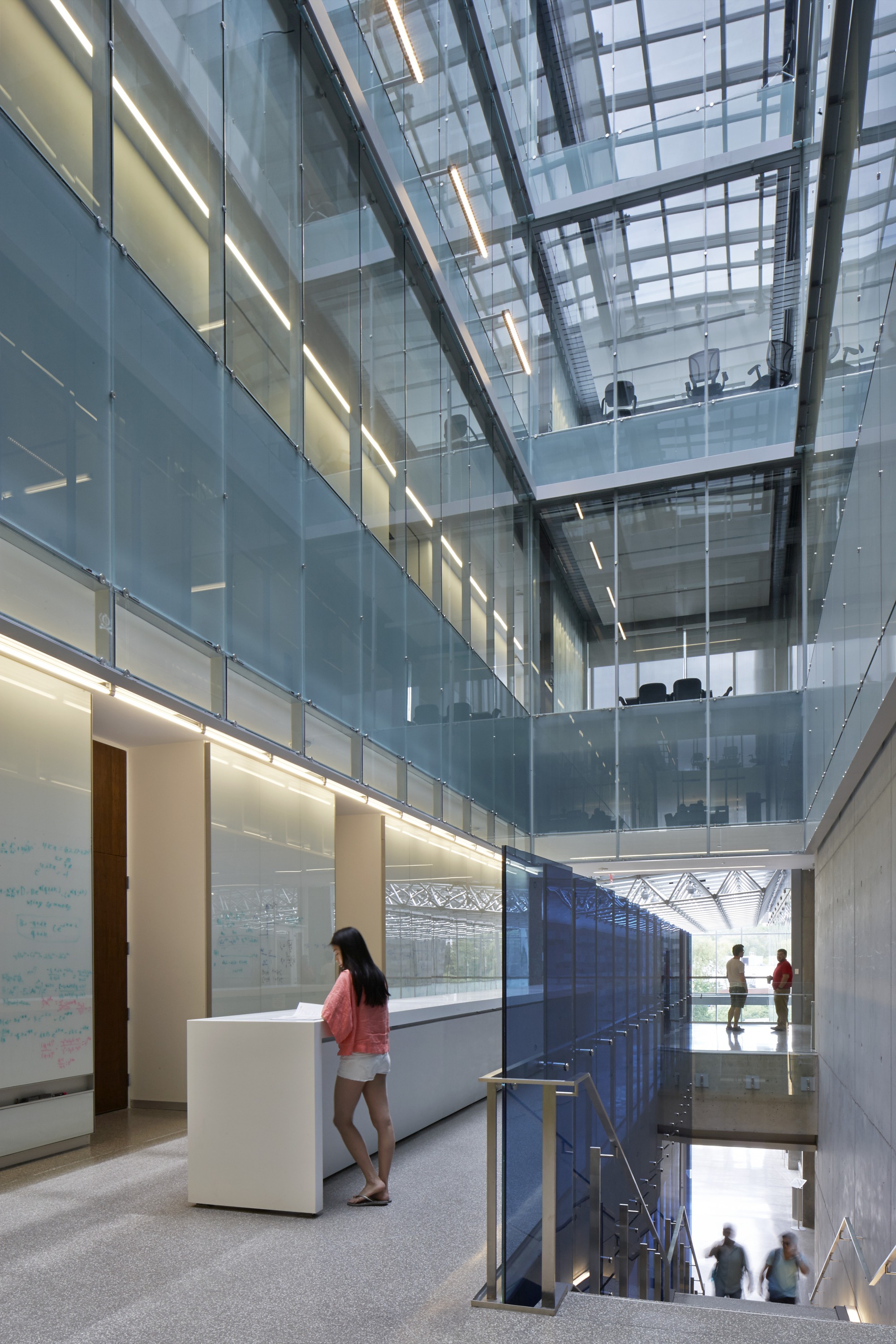 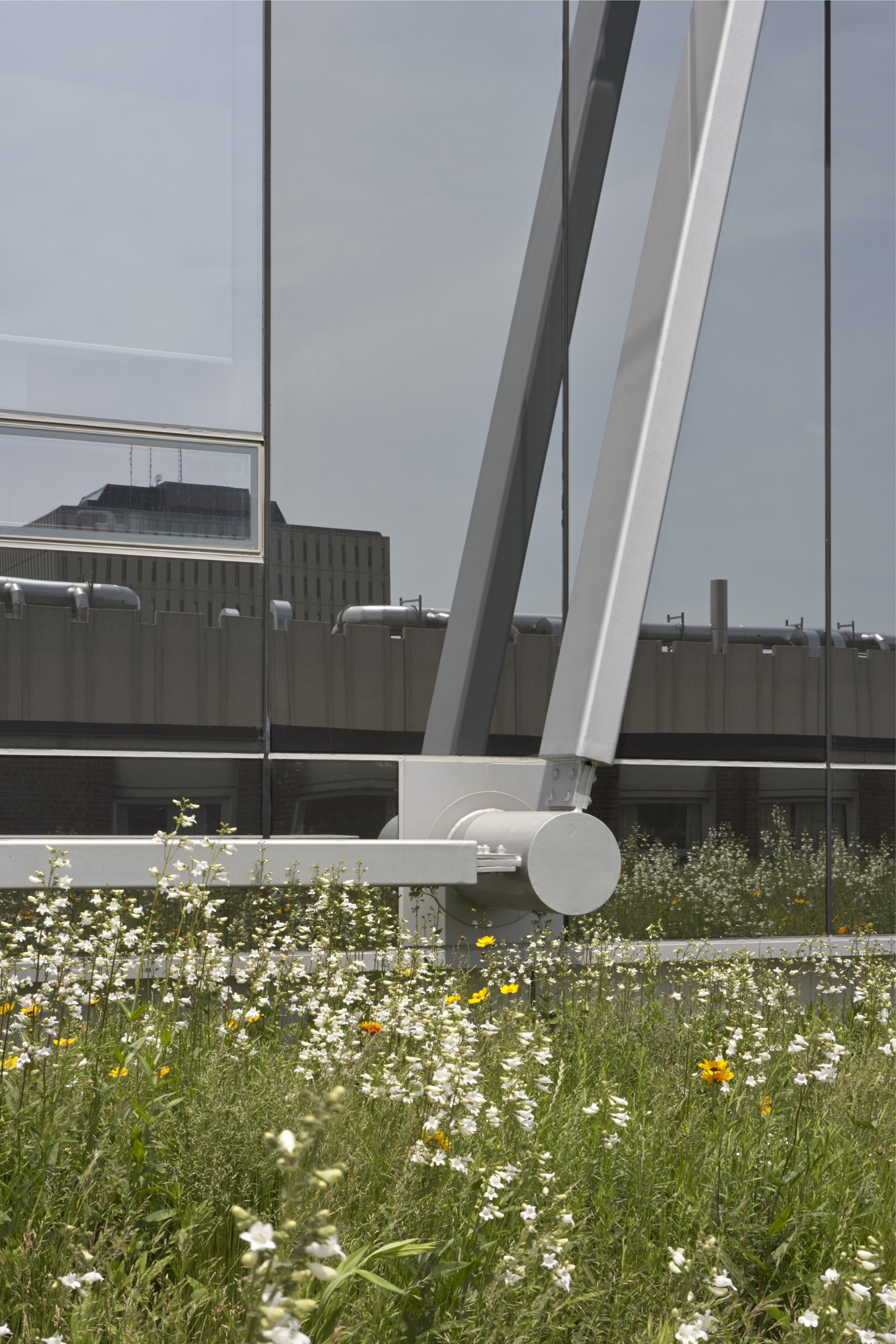