The Globe and Mail’s Jeff Gray on The Foundry: No need to demolish heritage foundry buildings, architects and activists say 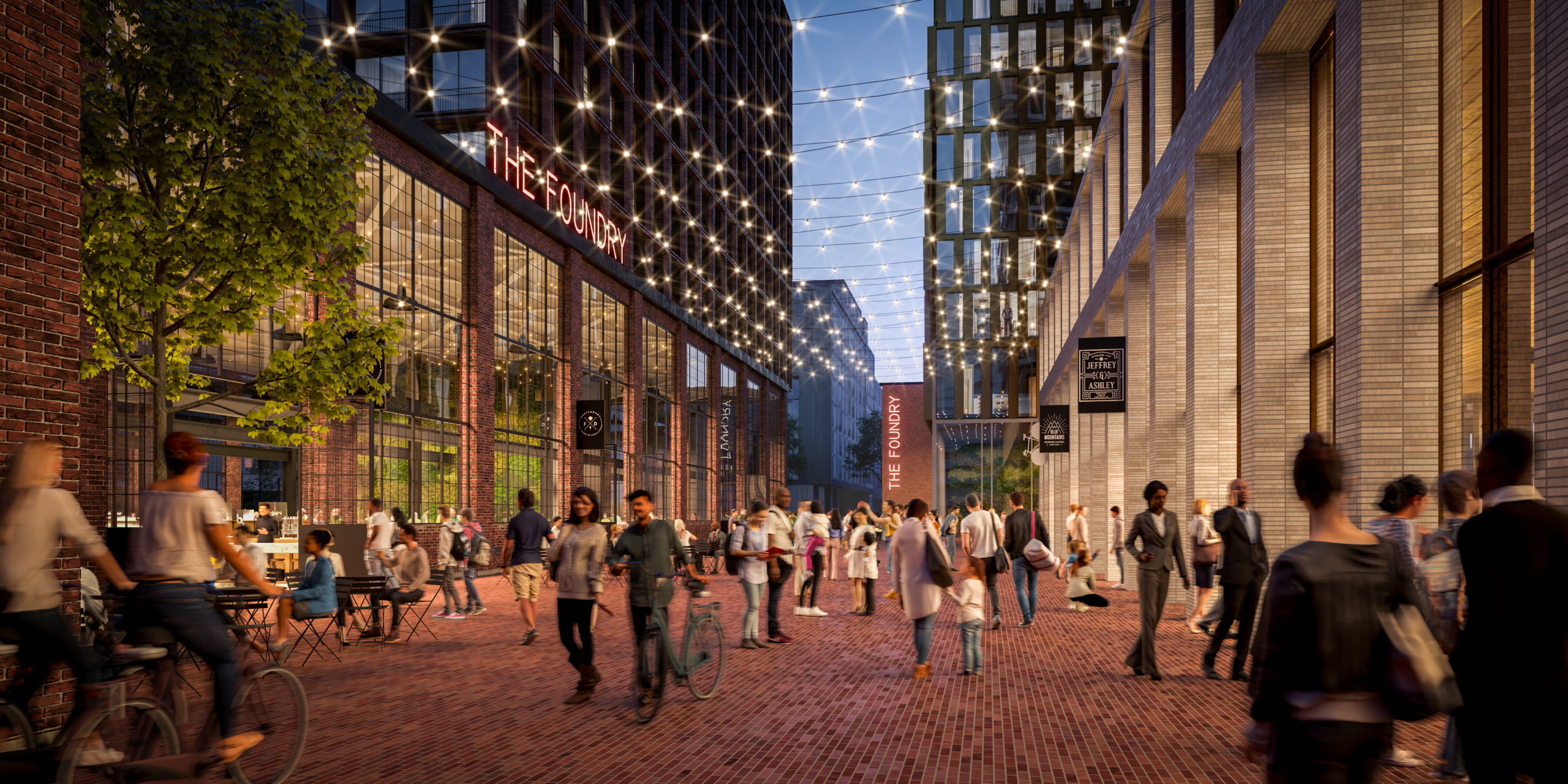 The Ontario government doesn’t need to tear down a group of heritage industrial buildings in Toronto’s West Don Lands in order to decontaminate the site and allow housing to be built, a group of architects and community activists say.

The derelict red-brick buildings of the former Dominion Wheel and Foundries Co., the oldest of which dates back to 1917, have been at the centre of a political battle for weeks, after a local neighbourhood association won a court order blocking the province’s demolition, idling heavy equipment that had already started clearing the site.

The legal fight over the provincially owned site, since joined by the City of Toronto, is the latest clash between the Progressive Conservative government at Queen’s Park and the province’s largest city. The conflict took another turn this week, after the CBC cited court documents revealing that the province had for months been in confidential talks on a deal to sell the site.

Despite repeated questioning this week, neither Premier Doug Ford nor Municipal Affairs Minister Steve Clark would offer an explanation for why other developers had not been invited to submit competitive bids, as would be typical for a plot of land like this and was the procedure for other nearby projects. Both said no deal had been finalized.

On Wednesday, the Friends of the Foundry community group unveiled its “demonstration concept” for the site, prepared pro bono by some of the city’s most prominent architects, to show how it could be developed while both keeping some of the heritage buildings and providing a comparable amount of affordable housing.

The plan includes high-rise towers nestled alongside restored versions of the 2.3-acre site’s large foundry and machine shop buildings, with a mix of community space and retail.

Urban designer Ken Greenberg, who presented the plans along with KPMB Architects, rejected the rationale Ontario has offered that the demolition is needed to both build enough housing and successfully decontaminate the site, arguing that both can be done.

“This is a false and misleading dichotomy,” he said.

Architect Joe Lobko of DTAH said soil can be easily excavated and removed around the foundations of buildings like those on the foundry site. He said the 100-year-old Wychwood Barns, a streetcar maintenance garage in Toronto’s west end that he helped turn into a community space in 2008, with housing and studios for artists, was on top of similarly contaminated soil.

“The notion that you need to demolish all the buildings in order to clean it up, that is I don’t think supportable,” Mr. Lobko said. “And we’ve got examples where we can do better than that.”

The legal battle over the site was originally set to return to court on Friday. But the date was adjourned as city and provincial lawyers seek to negotiate a settlement. Provincial officials were also due to sit down with community groups, including those involved in Friends of the Foundry, late Wednesday, after pledging to consult them after the dispute flared up.

The heart of the legal fight is the province’s failure to provide the city with a document known as a “heritage impact assessment” before beginning to rip the buildings down. City officials have also raised concerns about the document, provided after demolition began. The province’s assessment concludes that the buildings need to be torn down. But it was prepared by Infrastructure Ontario, not an independent external heritage consultant.

The province has offered no formal proposal or images of its vision for the site. But Mr. Clark did issue a ministerial zoning order (MZO), an instrument that overrides local planning procedures, which his government has used frequently to speed development across the province. (The opposition has criticized Mr. Clark for issuing scores of MZOs across the province, a large proportion of which have benefited developers who donated to the PC Party.)

Another team of prominent planning consultants, Urban Strategies Inc., along with N. Barry Lyon Consultants, was set to reveal its own suite of concepts for the site on Thursday, after sending them to the Premier’s Office and the city. These consultants also reject the need to tear all of the old buildings down. Their concepts outline three different plans that they say would deliver the same number of units as the province, but still preserve both the foundry and the machine shop, and provide public space.

“We were watching closely as the MZO came down and then of course the wrecking trucks were showing up,” said Melanie Hare, a partner with Urban Strategies and a former vice-chair of the Ontario Heritage Trust. “We just knew there could be a win-win situation here.”

However, she said her firm had not done a detailed examination of whether any needed soil remediation could occur while leaving the buildings standing.

Adam Wilson, a spokesman for Mr. Clark, reiterated the government’s position that the existing buildings need to come down.

“We have been clear that the Heritage Impact Assessment conducted for the site determined that the structures require demolition to allow for environmental remediation, including soil and groundwater remediation,” Mr. Wilson said in an e-mail.