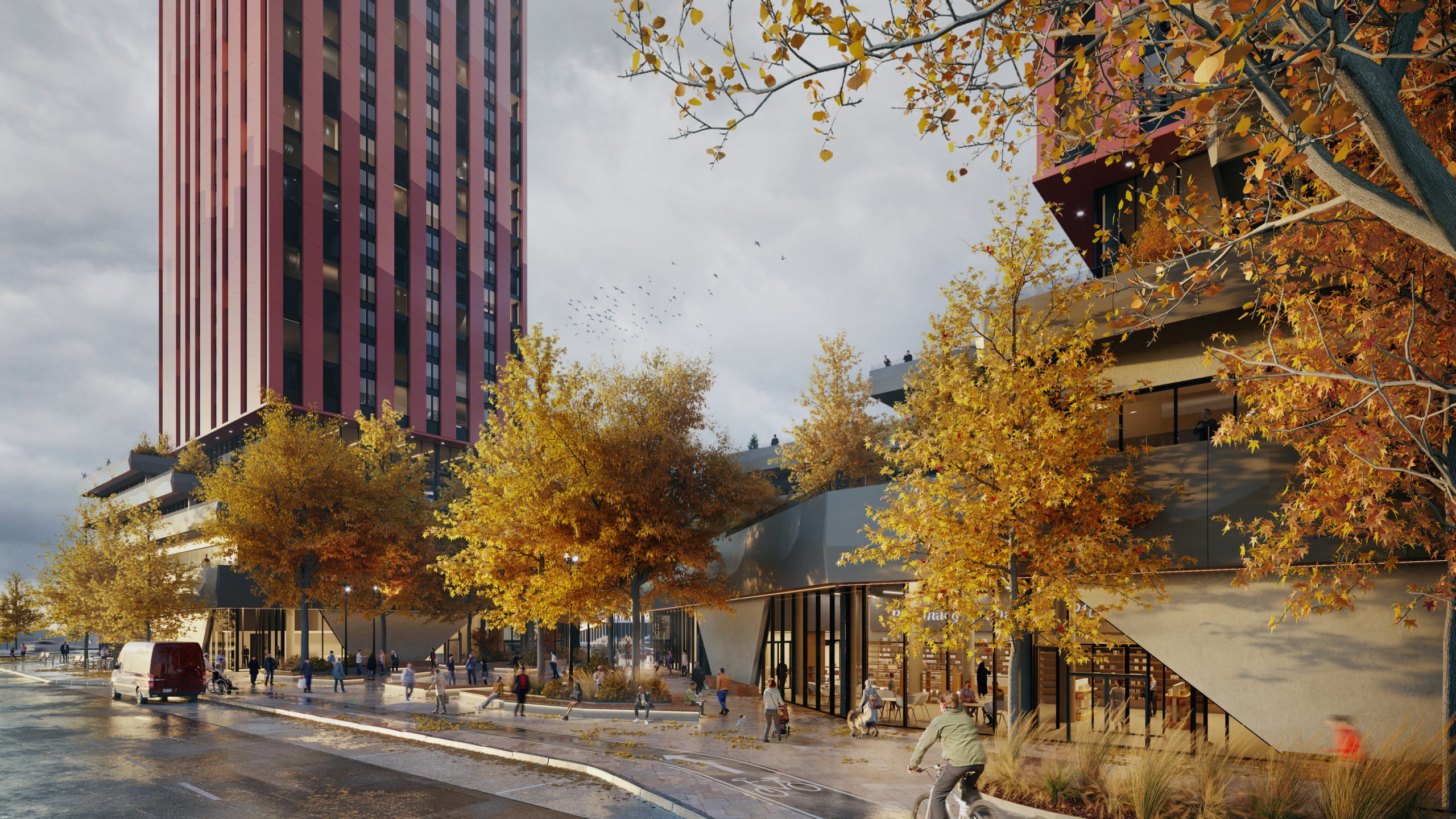 The LeBreton Library Parcel was presented at the Urban Design Review Panel meeting earlier this month in Ottawa with favourable reviews, marking a major milestone in the development approval process.

LeBreton Flats Library Parcel will be the first major housing development in Ottawa built for a post-pandemic world–a world in which the deep connections between sustainability and social equity have never been more apparent. Committed to realizing this vision, the design team is led by KPMB Architects and Perkins&Will, supported by Two Row Architect and Purpose Building, with PFS Studio as the landscape architect. EllisDon is the construction manager, and Innovation Seven is the Indigenous engagement consultant. The project is poised to be one of Canada’s largest residential zero-carbon project.

The Library Parcel project will anchor the future development of the LeBreton Flats precinct, a dynamic transit-oriented community near the Ottawa River and next to the City’s new Central Library. The development will create over 600 new rental units–31% of them designated as affordable and offered below market rents. The development’s two towers include generous community amenities, views of Parliament Hill and the Ottawa River, and retail at grade, framing and animating a series of new public spaces at grade. The project’s public realm links the neighbourhood with a LRT station, connecting residents to the wider city and region without needing access to a car.