Like many architects, we have begun to pay much closer attention to the embodied carbon associated with the materials we are specifying. All other things being equal, selecting a material with a lower global warming potential (GWP) is preferable. However, at this early stage, not many of us have a strong intuitive sense of how meaningful various GWP values might be – e.g. is 223 kgCO2e/m2 of insulation good or bad?

We performed a study to compare the embodied carbon values for nine commonly used types of insulation with the goal of presenting the results in a relatable way. The insulation products considered include two brands of XPS, two brands of next-gen XPS, Polyiso, Rockwool, Neopor GPS, fibreglass batts, and blown cellulose.

Insulation is somewhat unique among building materials in that one of the primary reasons it is incorporated in buildings – to reduced energy flow through the building envelope – has a significant direct impact on the operational emissions produced by the building.

In our study, we contrive a familiar scenario: a homeowner with an uninsulated bearing masonry house wishes to add insulation to reduce their energy costs and increase comfort in the home. Specifically, they would like to increase the effective R-value of their home from its current performance of R4IMP to a value more in line with the current building code, R24IMP. We calculate the embodied carbon associated with the amount of each type of insulation required to achieve that level of thermal resistance.

We then calculate the quantity of emissions that is avoided each year the house is operated with the higher level of insulation (due to the reduction in heating energy needed to maintain the internal temperature of the house.) The conclusion of our study is to express the relationship between the emissions associated with the production of each insulation and the emissions avoided each year due to the presence of the insulation in the form of a payback analysis. Said another way, we identify how long it takes for the operational savings (reduced operational emissions) to exceed the investment (embodied carbon) in the insulation.

Note that we assumed the house was heated with natural gas for our baseline scenario. We also contemplated a scenario where the house was upgraded to a heat pump. The relative performance of each insulation does not change in the heat pump scenario. 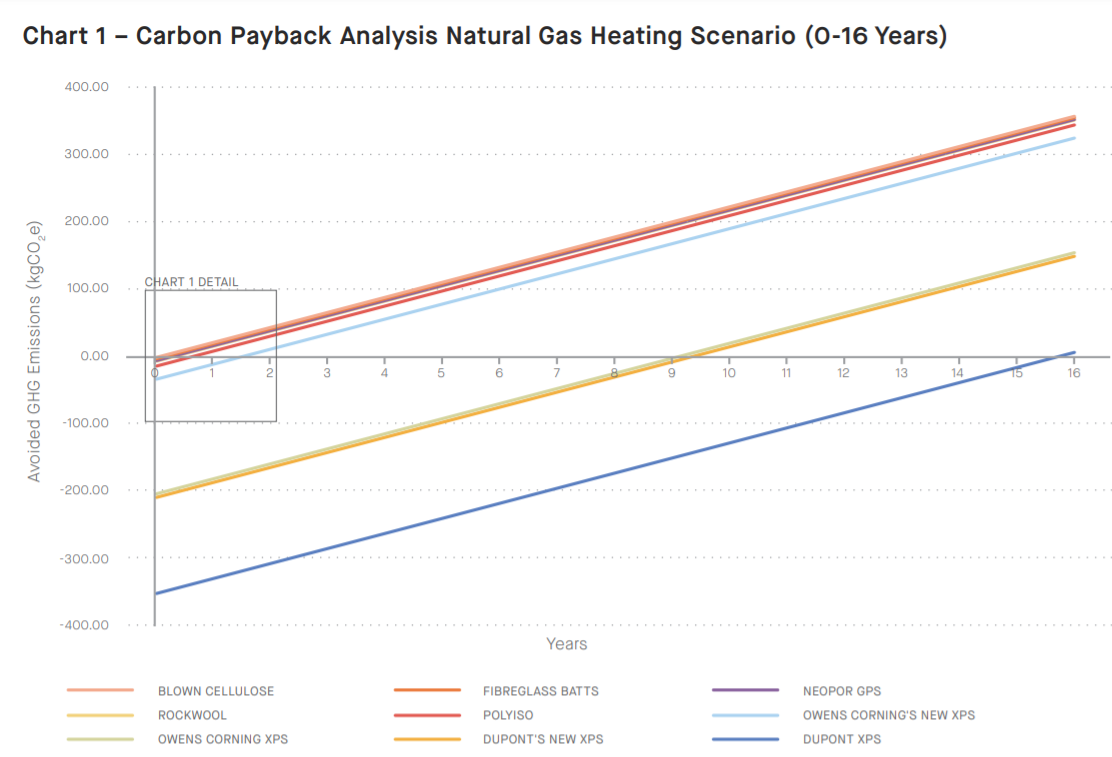 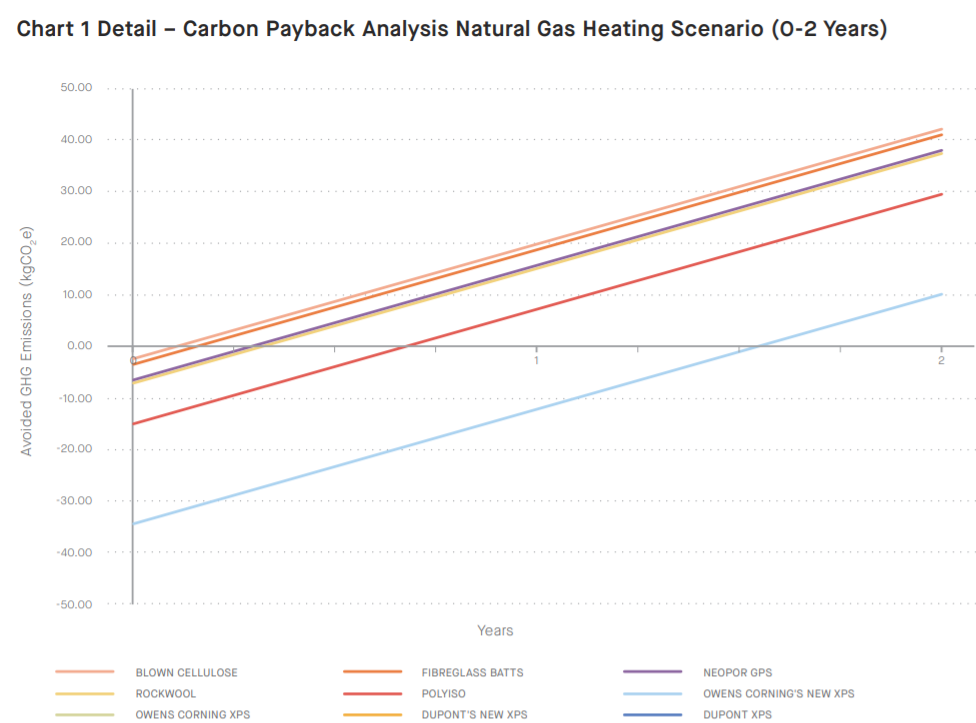 However, the operational emissions resulting from the heat pump are much lower than with gas heating. As such, the notional payback periods are significantly longer in the heat pump scenario (though the total carbon emissions in any period of time would be lower.) The finding of our study are illustrated in the three graphs above and below. Several conclusions bear mentioning: 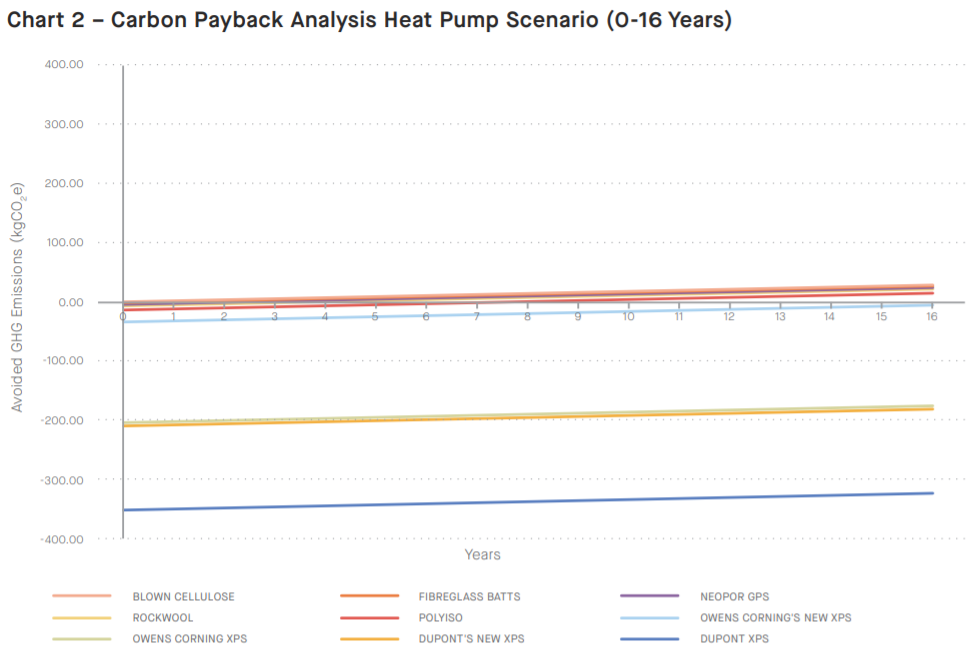 It is our hope that the presentation provides a somewhat more intuitive sense of scale for the embodied carbon quantities of these materials. The study also underscores the significant differences in operational emissions resulting from the two heating systems contemplated.